Archive for the 'Uncategorized' Category

There’s been a mini-craze online for creating tilt-shift photos, where the focus position and depth of field on a landscape/cityscape are manipulated to make the picture look like a miniature reproduction. For authentic tilt-shift photos, you need a special lens, but you can re-create the effect using Photoshop filters, or by following tutorials online. Now there’s an online website called TiltShiftmaker that lets you upload your own photos, and applies a tilt-shift effect to them:

Original photo from the island of Santorini (from Flickr): 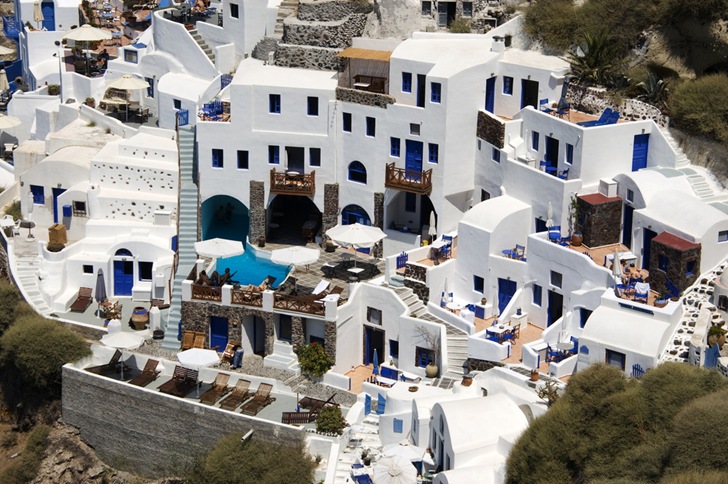 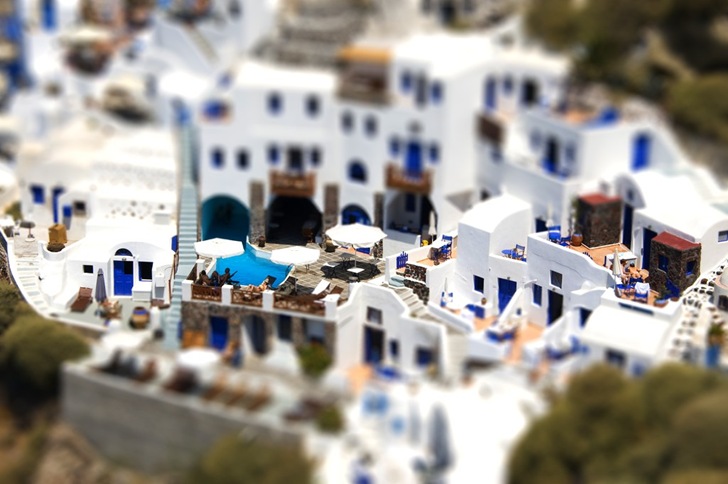 The process works best on images that don’t have a few objects much taller than the rest of the scene, as that can result in the base of the object being at a different focus/blur than the top.

Published by
Leszek Pawlowicz
in Google Maps and Uncategorized. Closed

StreetCities: New tools to combine Google’s Street View with a second view in the Google Earth plugin. This doesn’t work in Firefox 3, either.

Direction To A Geostationary Broadcast Satellite In Google Maps/Earth

Here’s a slick little online geographic tool called DishPointer. Enter your position (latitude/longitude), or your address, then select from a list of broadcast satellites in geosynchronous orbit. DishPointer will bring up a Google Maps display showing the proper orientation for your dish antenna for optimal reception from the selected satellite: 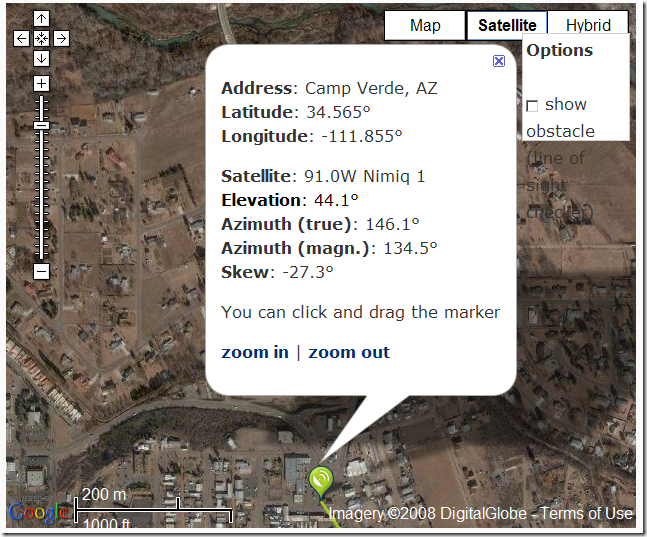 Check the box marked “Show obstacle”, and you can move the marker to show the maximum height an obstacle (like a tree or a neighbor’s house) can have without blocking your satellite dish’s line-of-sight view.

Click on the Google Earth icon, and have the line-of-sight to the satellite shown in 3 dimensions: 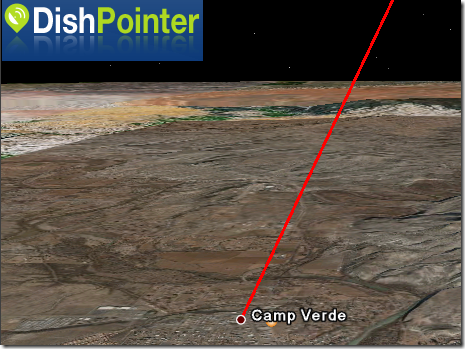 If your view of the satellite is blocked by terrain, that will be visible in Google Earth; if there are 3D buildings for your area, you’ll also be able to see whether your view is blocked by adjacent buildings as well.

The last post had the 8 most popular posts on the blog over the past six months, but they aren’t necessarily the ones I liked the best. Here are five posts I think I did a good job on:

5. How to easily create good-looking map relief shading with 3DEM

2. Determining the effect of GPS satellite signal blockage by terrain on GPS accuracy

And, number one with a bullet …

1. Re-creating the flooding of Manhattan from the movie “An Inconvenient Truth” in 3D in Google Earth.

Today, this blog turns 6 months old; thanks for stopping by! I’m still nowhere near running out of material, and I’m not burned out yet (though some days are kinda tough). Here’s a list of the 8 most popular posts/series on the blog over its history, based on number of visits:

3. Re-projecting Shapefiles From One Coordinate System To Another

And, easily number one ….

(Why not a top ten? Because everyone else does top tens …)