Archive for the 'E00' Category

Digital Chart Of The World Server

A handy source of world vector data, the National Geospatial Agency’s VMAP0 vector data from 1992/1993 has been converted to E00 format and issued as the Digital Chart Of The World. While more recent VMAP0 data is available from the NGA (and even higher-resolution VMAP1 for some areas of the world), it tends to be in the VPF format, which many GIS programs don’t read. While it may be a bit older, DCW data is readily available in E00 format, which many GIS programs can read directly, and it can be converted to shapefile format for compatibility with virtually every GIS viewer and editor.

Penn State maintains the Digital Chart Of The World Server, which offers up DCW data in E00 format by country (and in some cases, e.g. Brazil, Canada, and Australia, by state). Data available includes:

You can download the digital vector data directly, or view a GIF preview of the data individually or collectively. Most data is in geographic format (latitude/longitude), with the notable exception of Russia in Lambert Conformal Conic. While the documentation states in one place that the spheroid is the Clarke 1866, it appears from other references that the data is actually in WGS84 datum.

Published by
Leszek Pawlowicz
in E00, GIS and shapefile. 1 Comment

Yesterday, I posted about the raster combining and export capabilities of the TatukGIS Viewer. But it’s also a first-rate vector file viewer as well, and can export high-resolution raster images of the vector display using the capability described yesterday.

Among the vector features of the TatukGIS Viewer are: 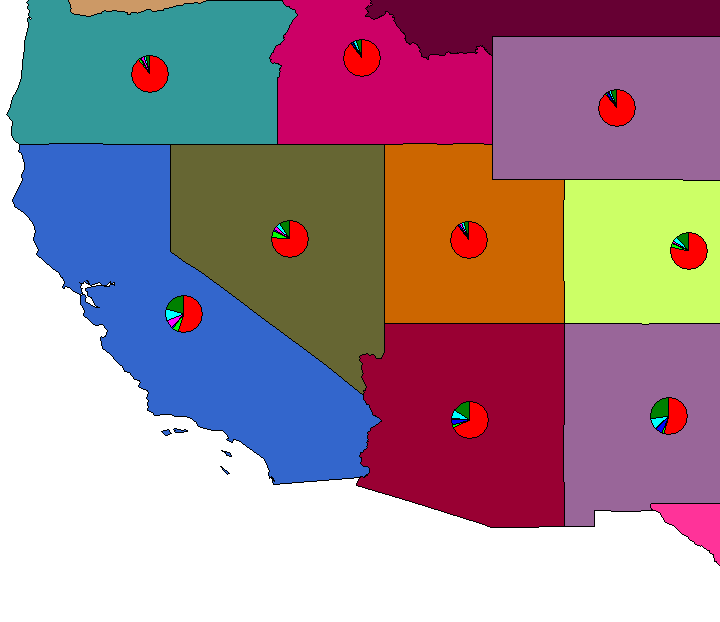 No editing capabilities, just viewing, but the TatukGIS Viewer is among the best free GIS viewers out there.

END_OF_DOCUMENT_TOKEN_TO_BE_REPLACED

Shapefiles are the most common format for GIS vector data, and just about every GIS program, free or commercial, can open them. Unfortunately, older vector data is often in the ArcINFO interchange E00 format which, unlike shapefiles, isn’t a well-documented format. Many free GIS programs can’t open E00 files at all, and even those few that can often have problems handling them correctly. But there’s a fairly simple two-stage process that can accurately convert vector E00 files into shapefile format.
END_OF_DOCUMENT_TOKEN_TO_BE_REPLACED

Rich of GPS TrackLog points out that the demo version of OziExplorer has the ability to open shapefiles, and export the data to a GPS. I’d avoided looking at OziExplorer because I thought it was shareware, and you’re obligated to pay $85 for registration to use it. But Rich is right – the demo version does let you import shapefiles, and send them to a GPS. And it does a bunch more as well:
END_OF_DOCUMENT_TOKEN_TO_BE_REPLACED