Archive for the '3D visualization' Category

Published by
Leszek Pawlowicz
in 3D visualization and AutoCAD. 4 Comments

A few years ago, Microsoft make a big splash with Photosynth, a program that analyzes 2D photos of an area, computes their relative orientation, and lets you view them in a quasi-3D environment. Here’s a live Photosynth of the London Eye:

PhotoSynth actually calculates a 3D point cloud from all the photos… 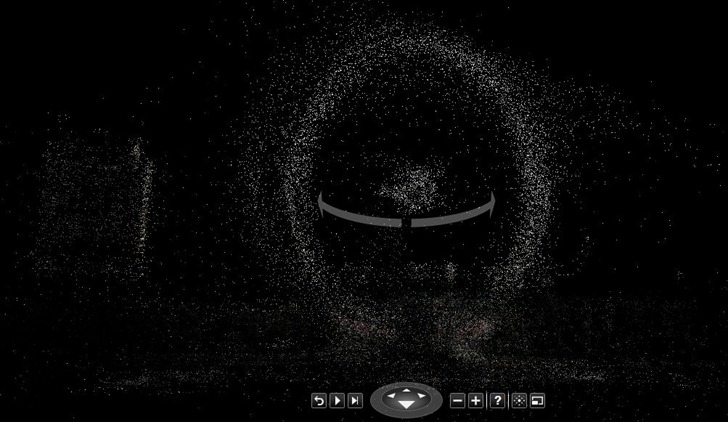 … but the photo views are still in 2D, i.e. they’re not overlaid on top of the 3D data. And there’s no easy way to get the 3D data out; there’s a hack to do that outlined here that can do it, but it’s a pretty complicated process.

AutoDesk Labs has just released version 2.1 of their free program PhotoFly, which can take 2D photos of an object or environment and generate a full 3D model with a photo texture overlaid on top of it. This thing is jaw-droppingly amazing, not least for how easy it is to do:

1. Shoot photos of an object or environment from multiple positions. A simple point-and-shoot digital camera will work, though AutoDesk recommends a wide-angle DSLR for some applications. They have a full video tutorial on how to get the best results.

2. Install the PhotoFly Photo Scene Editor software  on your computer (Windows only).

3. Select the photos you want to use to create the model; PhotoFly will upload them to AutoDesk’s servers, which process them, generate the 3D model and texture, and then let you download them for viewing on your home computer.

I had some photos taken for PhotoSynth of an archaeological excavation of a pithouse I did back in 2008; I selected a number of them, and uploaded them to PhotoFly. Though the pithouse was reburied three years ago, I was able to see an incredible 3D reconstruction:

This isn’t just a static oblique view – this is a fully interactive 3D model. You can pan/tilt/rotate the model using the software in real-time. PhotoFly even includes a movie maker that lets you create animated “flythroughs” of the model; here’s one I generate from the pithouse model above:

All the 3D model and texture data is stored on AutoDesk’s servers; if you share the 3dp PhotoFly file with someone else who has PhotoFly installed on their computer, that data will automatically be downloaded to their computer for local viewing. You can try that with the 3dp file for the pithouse above, which I’ve put online for download.

What else can you do? 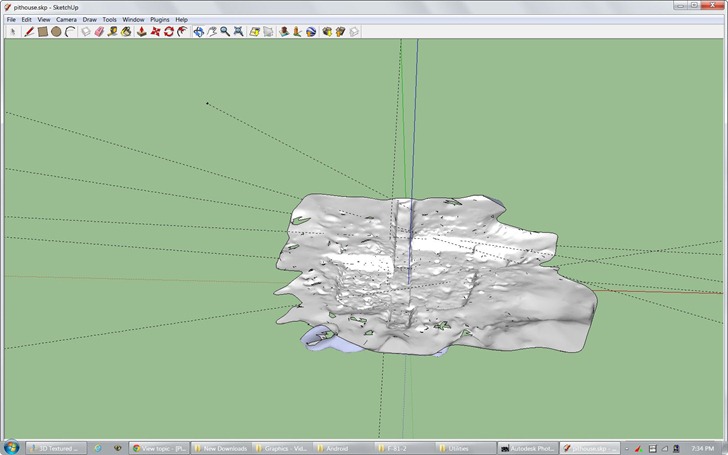 AutoDesk is still actively working on the program, so I’m sure some of these issues will be fixed eventually. But even with these drawbacks, it’s a pretty freaking amazing program that you should definitely check out.