As with yesterday’s posts on TomTom GPS units, this is another in my series of “stuff that looks cool, but I don’t have everything I need to try it out”. OCAD is a vector-based map-drawing program (current version 10 is not free; version 6 has been released as freeware, available on the Download page). I believe the “O” in OCAD originally stood for orienteering, the sport of navigating with map and compass especially popular in Europe, but the program has evolved into a more sophisticated mapping program. The World Of O website has an article on the free utility ocad2img that converts the vector OCAD format into a Garmin-compatible vector .img format. A bit technical, and the maps don’t look exactly the same, but they have the speed and file size advantages of vector data. Like I say, I can’t try it out, but the photo (from the website) looks good: 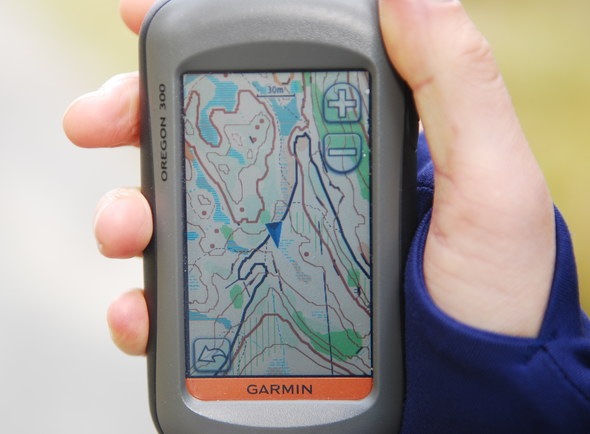 Raster Maps On A TomTom GPS

There’s been a lot of buzz lately about Garmin adding raster map compatiblity to their Colorado/Oregon/Dakota lines of handheld GPS units; I’ll have something to add to that later this week. But I just stumbled across ttMaps, a free application that claims to let you view custom raster imagery on a TomTom GPS unit. Most (if not all) TomToms are designed primarily for automotive use instead of general outdoor use, but TomTom owners may still find this useful. Don’t have a TomTom myself, so I can’t try it out, but the screenshots (from the website) look promising: 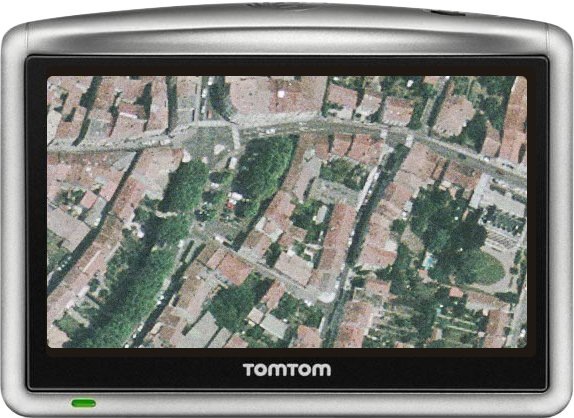 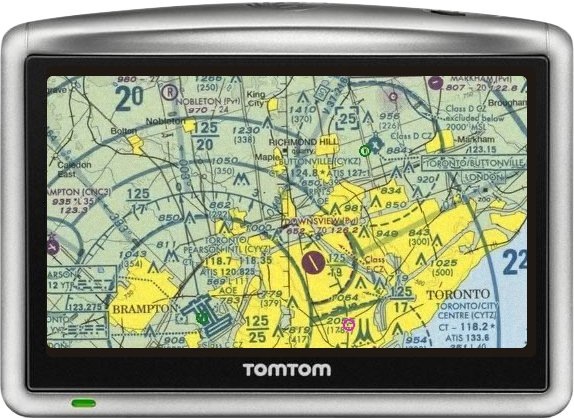 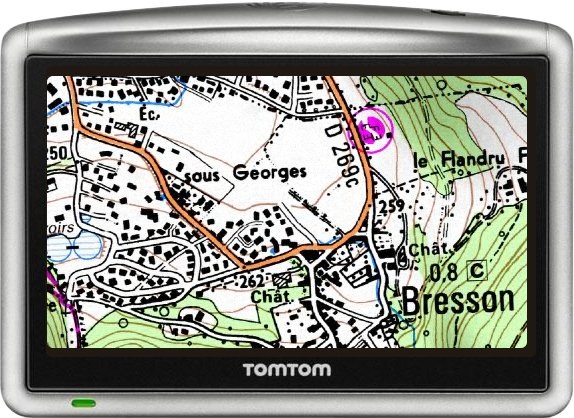 Reading through the site, the biggest hurdle is likely to be getting the maps in the correct format; the program accepts maps only in the ECW format. The site’s Map Conversion How To walks you through using the free gdal_translate utility (available as part of the FWTools package), but as a command-line function with lots of parameters, it’s not the easiest process.

The Department of Land Affairs, Eastern Cape, South Africa has created a terrific tutorial series on GIS called “introducing GIS”. PDF worksheets and video screencasts cover topics like vector and raster data, attributes, topology, coordinate systems, map production and spatial analysis in a clear and easy-to-follow fashion. The worksheets are freely distributable under the terms of the GNU Free Documentation License, while the screencasts are released under Creative Commons. While you can watch the screencasts in your browser, they are a bit small – I would recommend downloading them so that you can open them in a stand-alone video viewer that you can resize to larger dimensions for easier viewing. Right-click on the video link and choose “Save as”. For that matter, if you download all the screencasts and worksheets and put them on a DVD, you have a great educational resource to share and distribute.

The site has a custom Windows installer of the open source GIS Quantum GIS, including the data presented in the tutorials. However, Quantum GIS also runs on Mac and Linux, and they offer the tutorial data as a separate download; find the link at the bottom of the web page. For that matter, the Quantum GIS Windows installer they have is version 1.0.2, while the most recent stable release version for Windows is 1.2.0-1. So even if you have Windows, you may want to download the data separately, and install the most recent version of Quantum GIS using the osgeo4w installer.

Quick GPX Viewing In A Google Maps Interface With GPXViewer

It’s nothing fancy, but Zonum’s GPXViewer website lets you upload a GPX file (points and tracks), and then quickly plots it in a Google Maps interface: 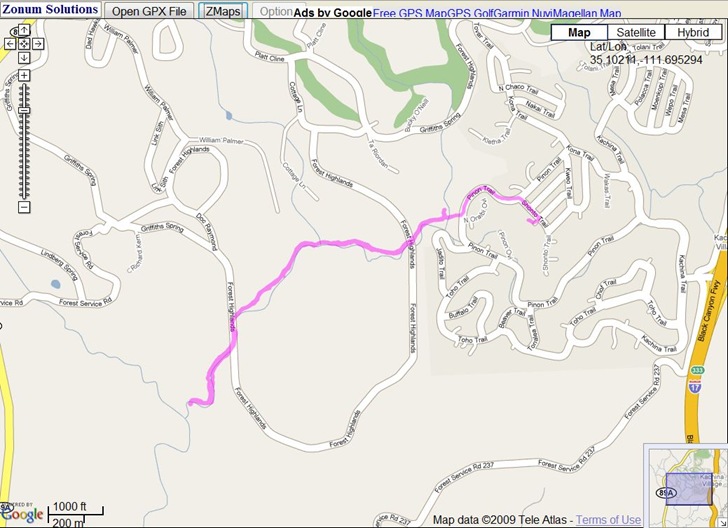 No editing, export or additional info in this app, just display; but Zonums has other web apps like Digipoint and MapTool for that.

Art writes about his programs Garmin 60CSx Whiz, Garmin Colorado Whiz and Garmin Oregon Whiz, which modify the firmware on a Garmin GPSMap unit to display a custom startup image and other alternate graphics. 60CSx-supported units include:

The interface looks straightforward enough (graphics from the program website):

Sample graphic images are provided for the 60CSx whiz, but you can also use your own (love the kookaburra): 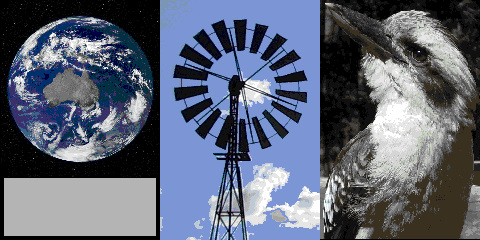 And apparently they do what they’re supposed to:

I say “apparently” because I’m too chicken to try it out, even though Art has a pretty solid hack programming resume. But if any braver souls want to give it a try and post their results in the comment section, have at it!

I’m not a .Net programmer (I’m still stuck in the primordial ooze that is VB6), but if you are, you might want to check out GMap.Net, a free and open source .Net control for embedding online map services in Windows applications. You have the option of displaying maps from Google, Yahoo, OpenStreetMap, Bing or ArcGIS, with tile cacheing an option for faster performance. Several demo apps are available to show what you can do: 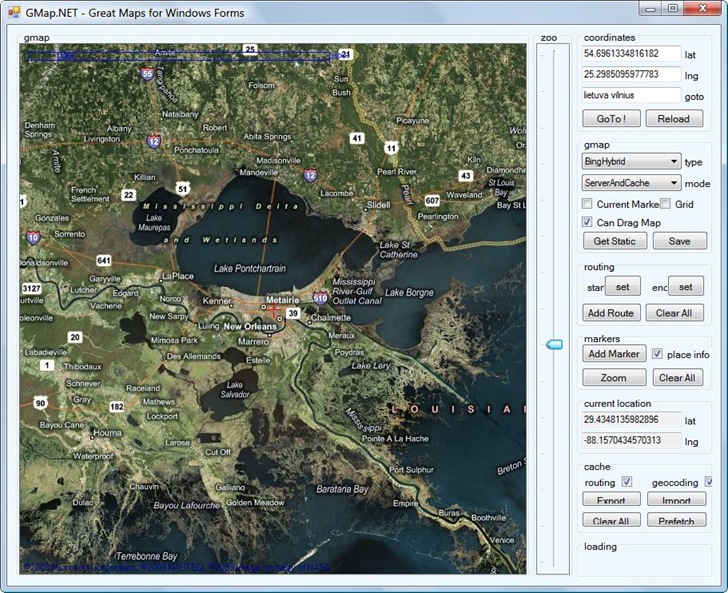 One quick tip: right-click and drag to pan the map (took me a while to figure that one out).

Get A Point Position With GetLatLon

GetLatLon pretty much does exactly what its name implies – gives you the latitude/longitude of a point in a Google Maps interface. A crosshair at the center of the display marks the position for which coordinates are given at the bottom: 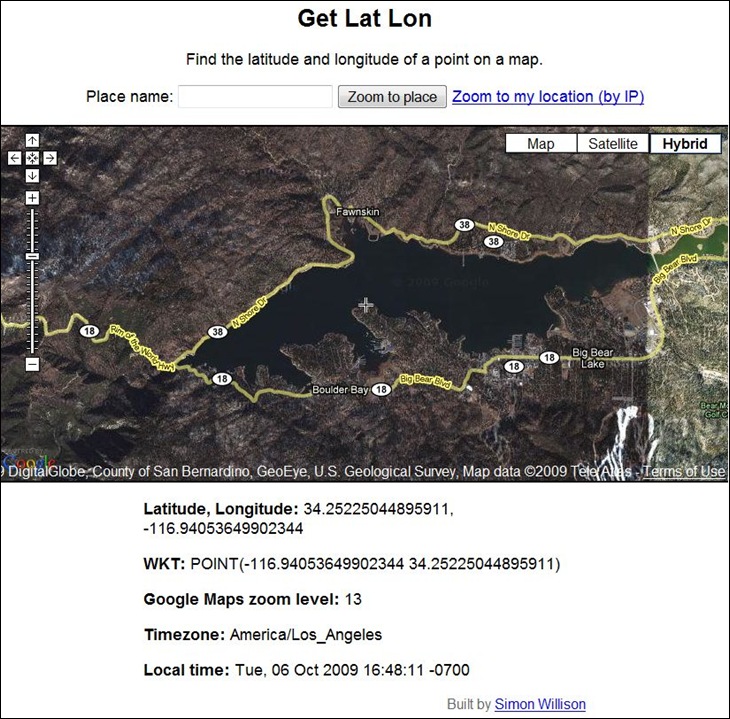 Digipoint can perform the same function, plus many more, but if all you need is a coordinate position, GetLatLon has a stripped-down simplicity that makes it easier to use. Just keep in mind that coordinate positions in Google Maps can be tens of meters off from the true position (see here and here).

As a demo of the ArcGIS API for Flex, ESRI has a new page that lets you create an embeddable/shareable map of demographic data by US county. Only seven datasets available now:

Map creation is trivially easy – select the demographic dataset from a dropdown, zoom the map to the desired extents, set a map size in pixels, and you’re done; links to a map with your parameters, and code for an embeddable map, are generated automatically. Here’s an embedded map, scrollable and zoomable; unemployment rate is the defaultdataset, but you can choose other sets with the dropdown menu at upper right:

More datasets would be nice, as would control over colors and ranges …

Via GIS And Science.