Why Are My GPS Positions In The Wrong Place In Google Earth?

Published by
Leszek Pawlowicz
in Google Earth and GPS. 3 Comments


If you import data from a GPS unit into Google Earth, you may notice a mismatch between the plotted position of a waypoint or path and the actual position. Here’s an example of that from my neighborhood: 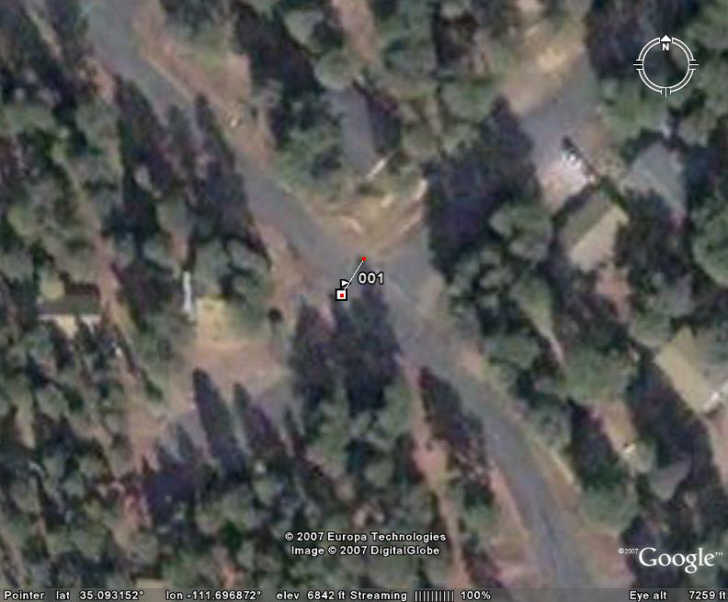 1. GPS Error – Even though GPS units give positions to a precision eight decimal places in latitude and longitude, corresponding to an accuracy of about a millimeter or so, the true accuracy with which you can measure a position with GPS is far poorer than that. Consumer GPS unit manufacturers commonly quote an position accuracy figure of plus or minus 15 meters; while modern units can usually achieve better accuracy in real-world use, there is still likely to be some error in the position you measure with GPS. I’ll be covering techniques and tools for maximizing the accuracy of your GPS measurements in a future series of posts; suffice it to say that I took pains to get as accurate a measurement of that position with my GPS as possible.

2. The positions in Google Earth don’t necessarily coincide with the correct position on Mother Earth. In my neighborhood, an exact geographic location shows up offset about 30 feet in Google Earth, or pretty much what we see in the picture above.

So don’t expect to use GPS with Google Earth (or Google Maps) for high-precision positioning and mapping – it’s just not accurate enough for that.

3 Responses to “Why Are My GPS Positions In The Wrong Place In Google Earth?”