Published by
Leszek Pawlowicz
in Google Earth and GPS. 1 Comment


In my series on getting Google Earth Plus features for free, I reviewed a number of apps that interface a GPS unit with Google Earth, plotting your current position and/or recording your track. There’s a new one out from Valery Hronusov and friends called Navigator that appears to be better than all those, but since I’m away from home, I can’t try it out yet. The feature set looks impressive: 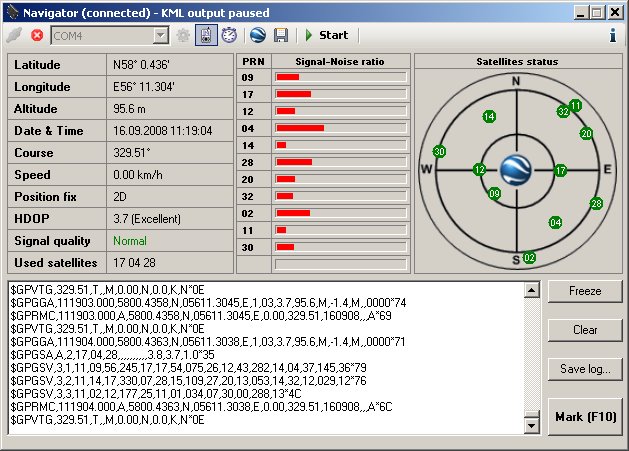 I’ll have a full hands-on review later on, but if you’re interested in this kind of app, it’s worth a look right away.