Positional Accuracy In Google Maps "My Maps" Vs. Google Earth


I’ve posted before about absolute positional accuracy issues in Google Earth. The Google Earth coordinates corresponding to a feature on the earth can be off from the true coordinates of the feature, about 30 feet in my neck of the woods. With the new Google Maps “My Maps” feature, I was curious as to whether you get any improvement in positional accuracy using Google Maps to create KML files for a point, rather than using Google Earth directly.

First, I created a point in Google Earth at a highway intersection: 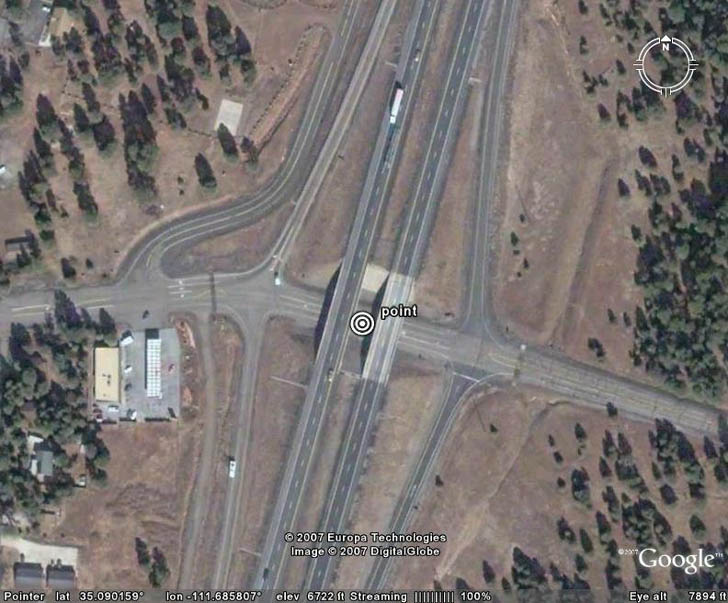 Next, I created a point at the same location in Google Maps “My Maps”: 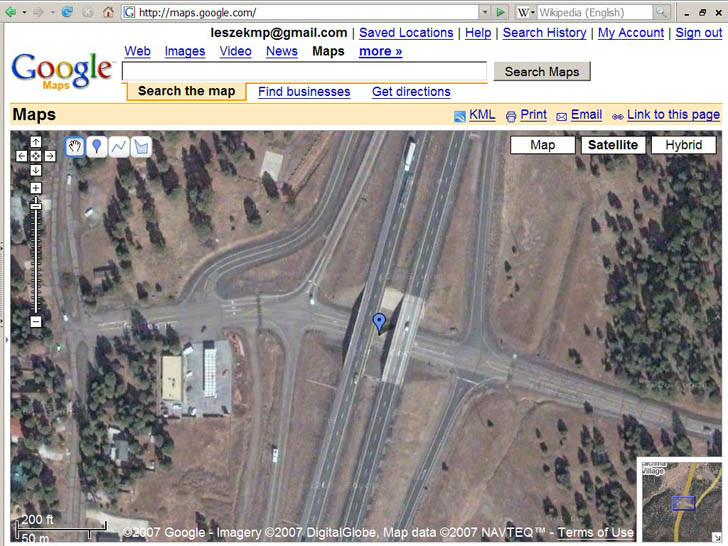 Exporting the Google Maps point as a KML file, bringing it in to Google Earth, enlarging the view, and measuring the difference between the two: 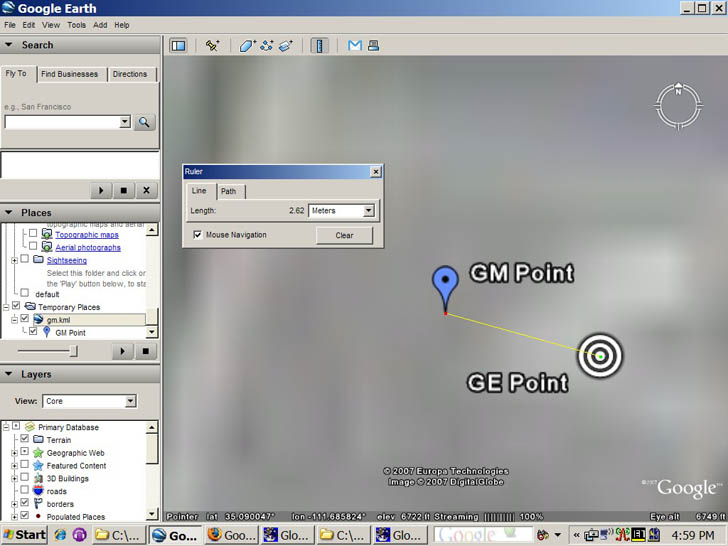 GM point is from Google Maps, GE Point from Google Earth. There’s a slight differential in the two, about 2.5 meters, but that’s almost certainly due to my inability to position the points exactly in the right location in both images, i.e. I’m a klutz. So coordinates match up reasonably well between Google Earth and Google Maps.

But if I plot these points on top of a georeferenced USGS aerial photo: 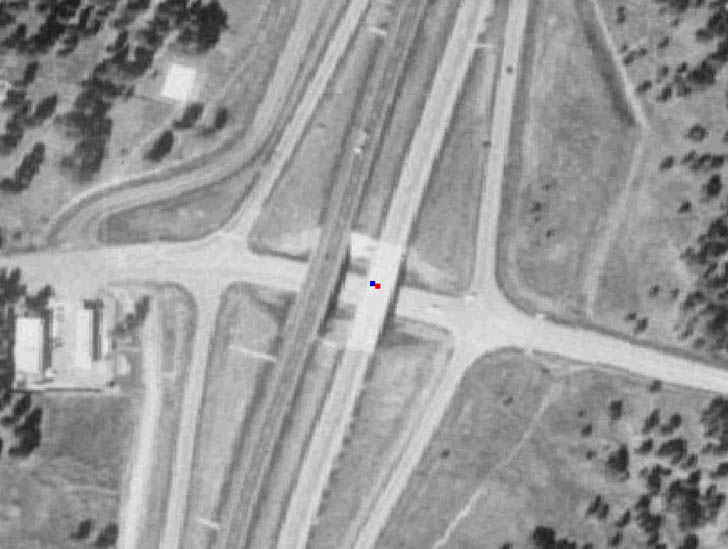 with blue being the Google Maps point, and red the Google Earth point, you can see they’re displaced from the actual position by about 10 meters, or a bit more than 30 feet. That’s comparable in size and direction to what I saw in my previous post on Google Earth accuracy. So you’ll get consistency if you export data from Google Maps “My Maps” to Google Earth, but the coordinates you get in the Google Maps KML file can still be off from the true values. It wouldn’t surprise me if the magnitude and the direction of the shift varied from place to place; if you’re hoping to use either Google Maps or Google Earth for determining positions with high accuracy, you should definitely do a ground check first to see what degree of coordinate shift there may be in your area.

Note: If you have info about the Google Earth or Google Maps coordinate shift for your area, please post it in the comments section below (location and size of shift).

13 Responses to “Positional Accuracy In Google Maps "My Maps" Vs. Google Earth”