Published by
Leszek Pawlowicz
in data, GIS and shapefile. 4 Comments


Wish I’d known about this site when I was hunting for a high-res border outline for the province of Umbria in Italy. The Global Administrative Boundaries website offers free vector GIS data for country borders and administrative areas within those borders. Data is available in geographic coordinates (lat/long), WGS84 datum, in multiple formats:

Coverage is worldwide for level 1 data (country borders), but diminishes as you go down as far as level 4 (sub-administrative units), though for the latter there are some countries for which such a data level isn’t relevant. You can see maps of current level coverage here, and missing data will likely be added in the future. Data is licensed under Creative Commons for the US; other unspecified terms may apply for the rest of the world. Here’s the Italian province of Umbria, with the best free data I could initially find plotted in purple, and the high-res GADM data in blue: 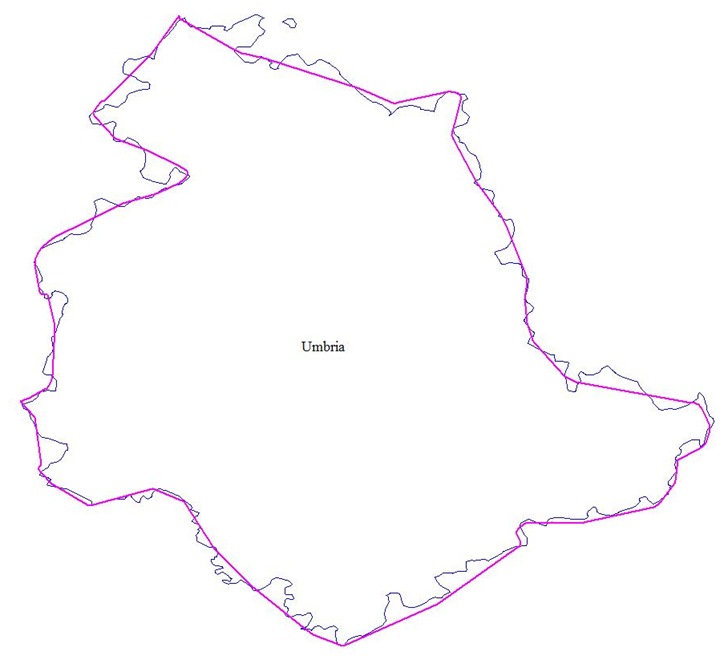 Just around the corner, scheduled for unveiling at the October 2009 NACIS conference, is Natural Earth Vector. While there’s some overlap with GADM at the upper boundary levels, Natural Earth Vector may not include some of the finer administrative boundaries available in the GADM . But it will have a wide variety of other geographic features not available in GADM in vector format at multiple zoom levels (list from the web post):