Where’s The Path lets you display UK Ordnance Survey 1:50K topographic maps side by side with other kinds of maps, including:

Cursor movement on one map is mirrored in another; you can import  GPX/KML files, and also draw features on the map and export them to in GPX/KML format. Overlay multiple types of grids (lat/long and UKOS); toggle a Panoramio layer to see photos taken at locations within the map view: 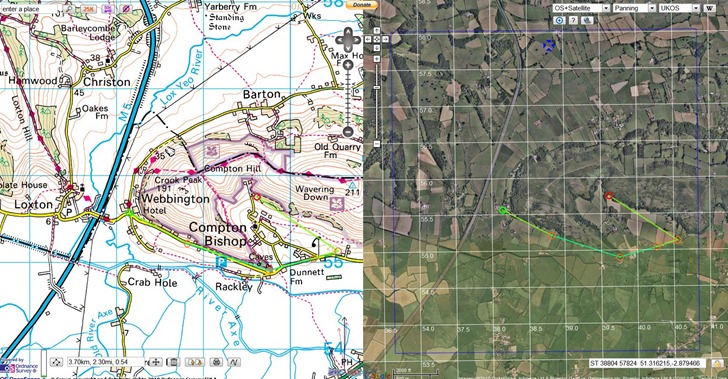 Most annoying aspect is that it’s only for the UK; wish someone could put something similar together for the US.