Published by
Leszek Pawlowicz
in Garmin and GPS. 1 Comment


Second in the series.

GPSMapEdit – This program is the most commonly referenced and recommended editor for creating mp map files that can be compiled into Garmin-ready .img files. And with good reason – it’s easily the most comprehensive and full-featured Garmin map editor around, even in the limited-feature evaluation version. You can load or import vector data in a wide variety of common vector formats like:

… Plus a whole bunch of other oddball formats (Holux, Navitel, Alan). Map display in approximately the same view you get in either Garmin’s MapSource or BaseCamp application: 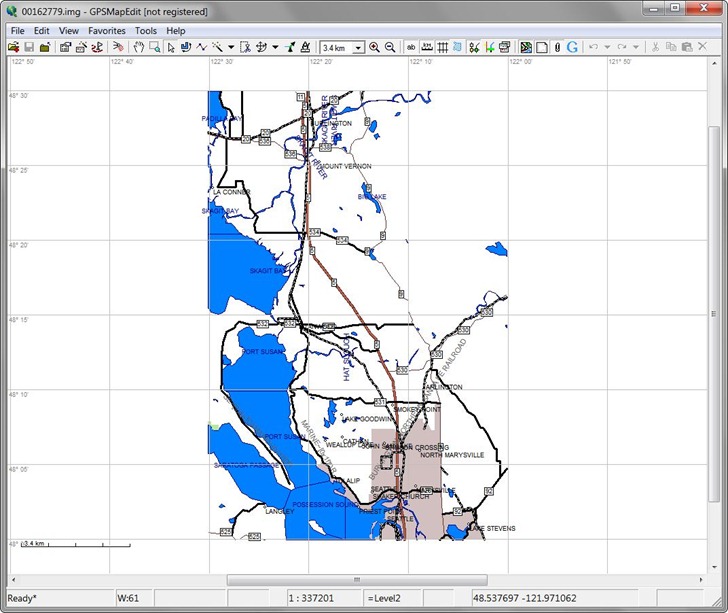 All the standard editing features you’d expect in a vector-based map editor:

GPSMapEdit also allows full setting of all parameters required by the cgpsmapper compiler, and interfaces directly with the compiler, so you don’t have to mess with any command line commands or controls. Just create the map, save it in .mp format, then export it in .img format; GPSMapEdit does the rest, including displaying processing status, and error message feedback if something goes wrong:

However, one of the biggest drawbacks to GPSMapEdit is the lack of a manual or proper help file. The website offers a list of links to various websites that describe how use the program; in particular, I highly commend both the MalsingWiki mapping reference and the cgpsmapper manual.  Even with all these help resources, though, be prepared to struggle and experiment in order to figure out how to do everything you want to do.

Registration of the program adds the following features:

GPSMapEdit++ – GPSMapEdit was originally freeware, but went to shareware as of version 1.0. If you look hard enough, you can probably find a copy of the last freeware version out there somewhere on the Internet. But GPSMapEdit++ is a free, open-source extension of the GPSMapEdit source code, and is probably a better choice than the much older GPSMapEdit freeware release. The feature set of GPSMapEdit++ is bit more limited than the GPSMapEdit evaluation version, much less the full registered version, but you really have to hunt to spot the differences. Most of the functionality that you would want to create and edit a map is in place in both versions. And the interface of GPSMapEdit++ is essentially identical to that of GPSMapEdit, allowing you to use any of the help references. Below is a screenshot of GPSMapEdit++ with the same data as loaded above in GPSMapEdit; you’ll be hard-pressed to spot any differences: 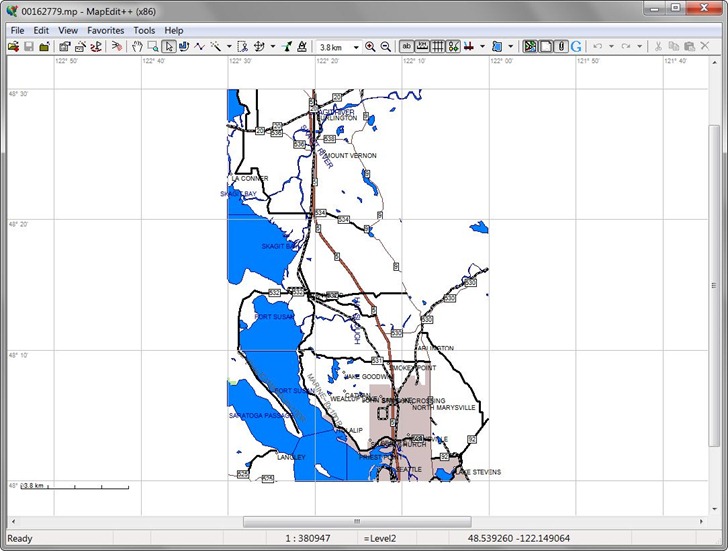