A consumer-grade GPS receiver is very unlikely to achieve the same high level of position accuracy as a survey-grade multi-frequency GPS receiver with post-processing capabilities, at least repeatably anyway. But the former is available for less than $200, while the latter can easily cost thousands of dollars. Sometimes you don’t need the sub-meter (even centimeter) accuracy of the more-expensive unit; sometimes, getting a position reliably within a few meters is good enough. And there are ways you can improve your chances of getting reasonably good and repeatable measurement accuracy even with an inexpensive unit (and some of these help with the more expensive units as well).

If you’re in the market for a new or replacement model, look for units labeled “high sensitivity”, which usually do a better job at acquiring weak or marginal GPS signals. Check also the reviews at GPS-related sites like GPS Tracklog, GPS Lodge, GPS Reviews or GPS Information, and see what they have to say about a particular unit’s ability to acquire signals, especially in difficult conditions (like forest cover, or even indoors). This is less of an issue than it used to be, as more and more receivers these days come with advanced GPS chipsets (like SirfStar III) that do a much better job at acquiring satellite signals than earlier units did.

2. Turn it on and wait until it achieves a solid position and time determination

If your GPS has been turned off for a while, and/or you’ve moved to a position that’s far away from where you got your last fix, give the unit some time to acquire the GPS satellite signals, and then determine both its current position and the correct time. Depending on the circumstances, this could take anywhere from 2 to 15 minutes.

3. Monitor your GPS receiver’s satellite acquisition page until signals from all the satellites are fully acquired

On some units, you’ll know this when the bar that shows the satellite’s signal strength is solid, or stops blinking (check your unit’s manual). An acquired signal means that your GPS receiver is receiving full and current time and position data from that satellite, which it needs for an accurate position determination.

4. Leave the GPS receiver on

If you turn your unit off, it will take it some time to re-acquire the satellite signals and give you an accurate position. Leaving it on will minimize this issue, especially with a high-sensitivity model- it should be able to maintain a signal lock with at least a few satellites at all times, regardless of how and where you’re holding it. Concerned about using a lot of batteries? Switch to rechargeable batteries; more expensive upfront, but you’ll save a lot of money over the long run over disposables.

You’ll get your most accurate position measurement when you have maximized both the number of GPS satellites you’re getting signals from, and also how widely they’re spread across the sky. Use your unit’s satellite status screen to see how many satellites it’s getting a signal from, and then change the angle you’re holding it at and the direction you’re pointing it to see if that increases the number of satellites you’re getting a signal from. Try also holding a bit further away from your body, to reduce the possibility your body is blocking a satellite signal. 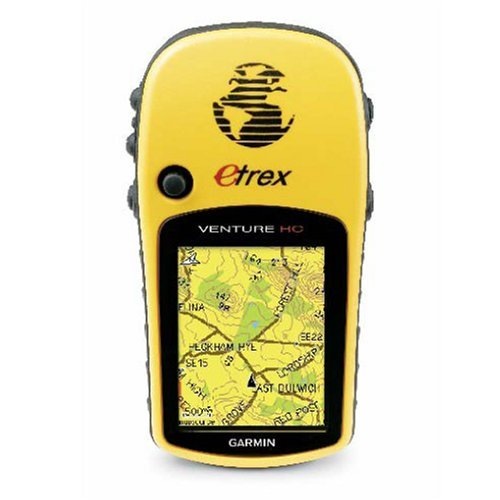 Patch antennas have good signal reception, but usually work best when held horizontally, parallel to to the ground.

Helical antennas appear as stubs sticking out of the unit, as in the Garmin 60C series: 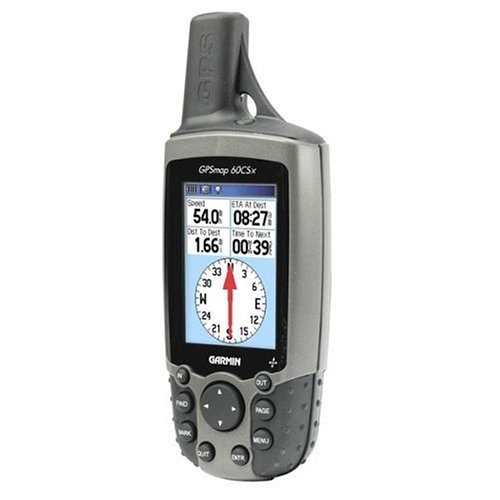 Helical antennas are supposedly less sensitive to the orientation they’re held at than patch antennas, but my experience is that they seem to work better when parallel to the ground as well. Experiment with your unit, and find out what which orientation seems to work the best.

6. “Waggle” the unit under forest cover

I’ve seen this recommended by the US Forest Service, but I have no idea of whether it works or not. The idea is that if you’re under heavy forest cover, waggling the unit, i.e. moving it back and forth a short distance, can have a big effect on signal strength by moving your unit from a point where a satellite’s signal might be blocked to one where it isn’t. This might improve your position measurement accuracy by increasing the number of satellites you can get a signal from. I’m slightly dubious of this concept, and even if true the new high-sensitivity units should be able to pick up a signal through moderate forest canopy cover. But I suppose it can’t hurt to try.

7. Use an external antenna

Some people argue that with the new high-sensitivity units, an external antenna really doesn’t help all that much. I disagree:

That’s it for Part I; more suggestions in an upcoming post.