Site appears to be down; try the GE Path program as an alternative.

KML-Circles is an online app that creates open or filled polygons around a specified center point. With the default number of 60 vertices, you essentially create circles, but by selecting a small number, you can create other polygons (e.g. 3 for a triangle, 4 for a square), but with no control over their orientation. It operates in two different styles:

In Fixed style, you can specify an indefinite number of central points, and up to 15 different circle radii, each with its own selectable color: 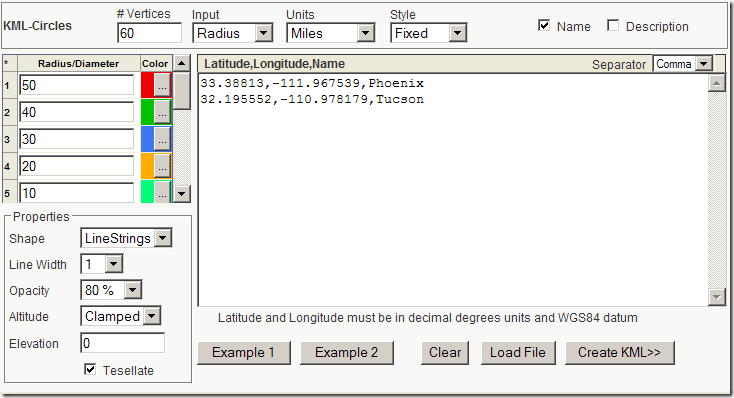 # Vertices – Number of points used to draw polygon; the more points, the smoother the circle

Input – Either radius from the center, or diameter

Radius/Diameter – Sets the value for drawing the circles, in the units specified above. Circles are drawn in order from top to bottom, so it’s usually better to draw the larger circles first. Set the color for each radius by clicking on the “…” button.

Shape – LineStrings draws just the radius of the circle, Polygon draws it filled in.

Altitude – Clamped to ground (default), Relative to ground and Absolute

Elevation – Sets value for Relative to ground and Absolute

Load File – You can load your own text data file into the input box; data can be separated by commas (CSV), spaces or tabs, with the Separator defined by the dropdown at upper right.

Create KML>> – Click on this button, and the specified data will be plotted in a Google Maps interface: 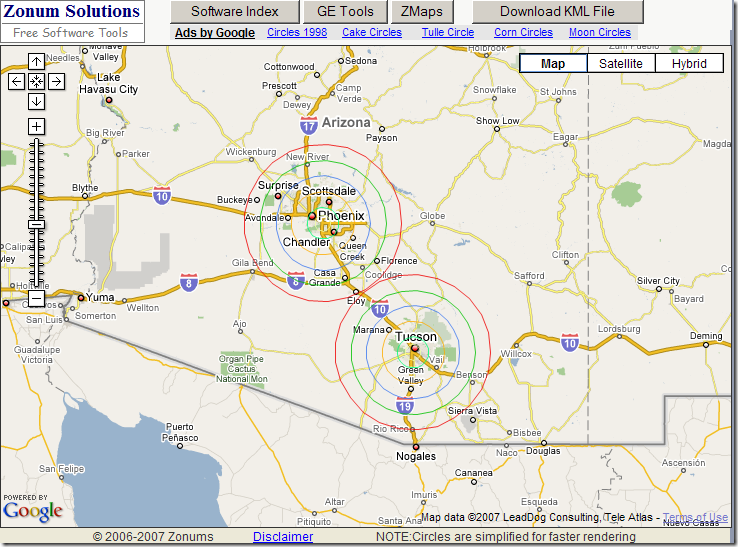 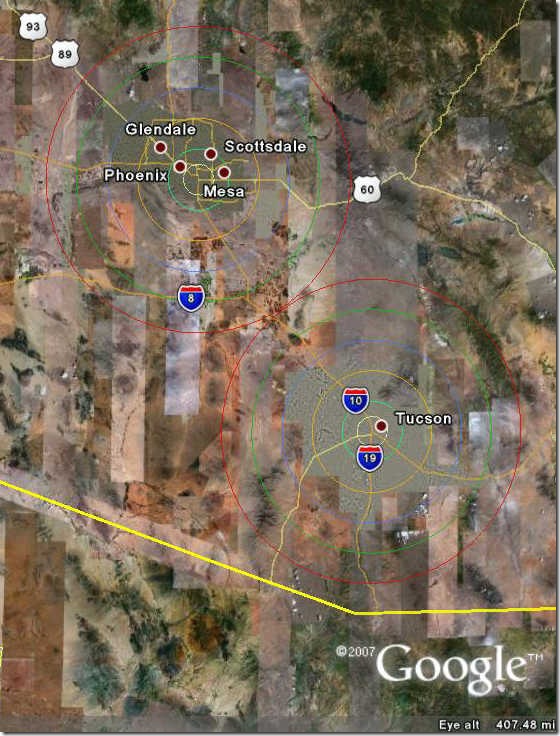 In Variable style, you can specify different sets of radii for different points, as in Example 2: 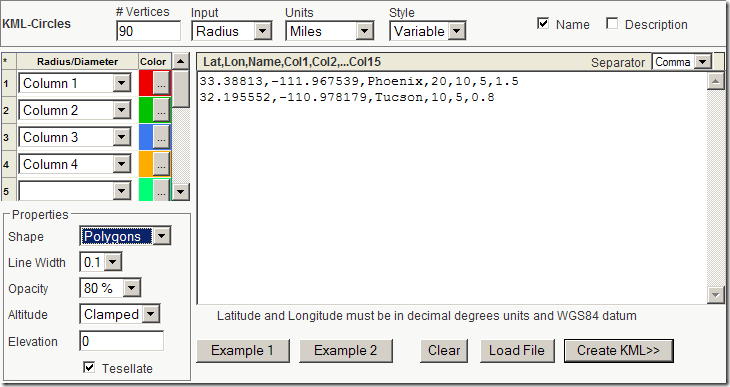 Up to 15 different radii can be used as input, with the “Column” dropdowns at left letting you specify the order in which the input radii are drawn: 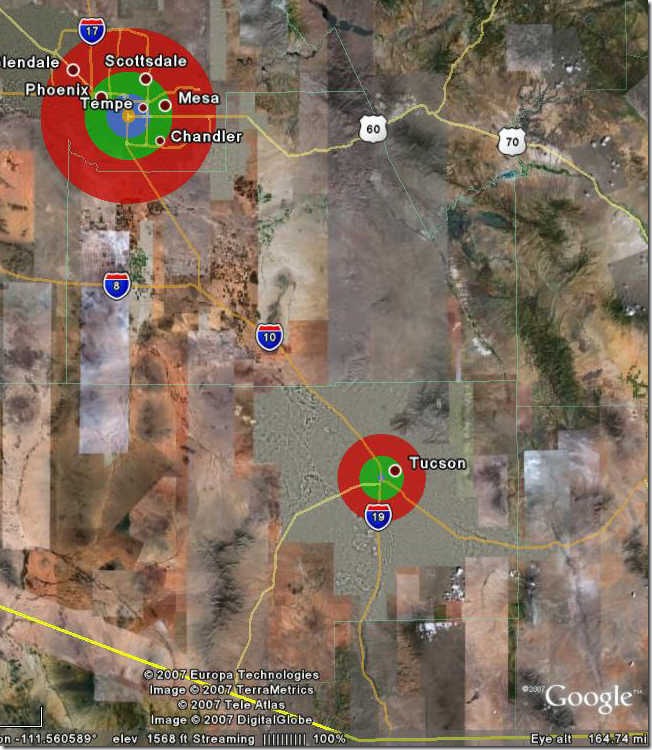 GE-Path also creates circular polygons (in addition to grids and other useful shapes), but only one at a time. If you need to make multiple circles on a common radius at at the same time, KML-Circles is a convenient alternative.