Published by
Leszek Pawlowicz
in Google Earth and KML. 2 Comments


Frank over at Google Earth Blog was nice enough to link to my post last week about GE-Graph. In his post, he describes another great Google Earth utility from the same author that I was also planning to post on, and here it finally is.

GE-Path allows you to take point data, either from a KML file, a spreadsheet, or entered manually, and create paths and polygons from them. Here’s the program interface:

And here are a few examples of its use. Suppose you enter two points in Google Earth, and want to create an equally-spaced or constant-distance grid between the points. Save them as a KML file (not KMZ), and open them in GE-Path. Check the box next to Make Grid, select the line color, and then the number of lines or the distance between lines (in kilometers). Choose Run, and the KML file will be created, and opened in Google Earth automatically if the checkbox at the bottom is set. In the example below, the two pushpins mark the original points created in Google Earth, and the grid was created specifying “10” as the number of lines: 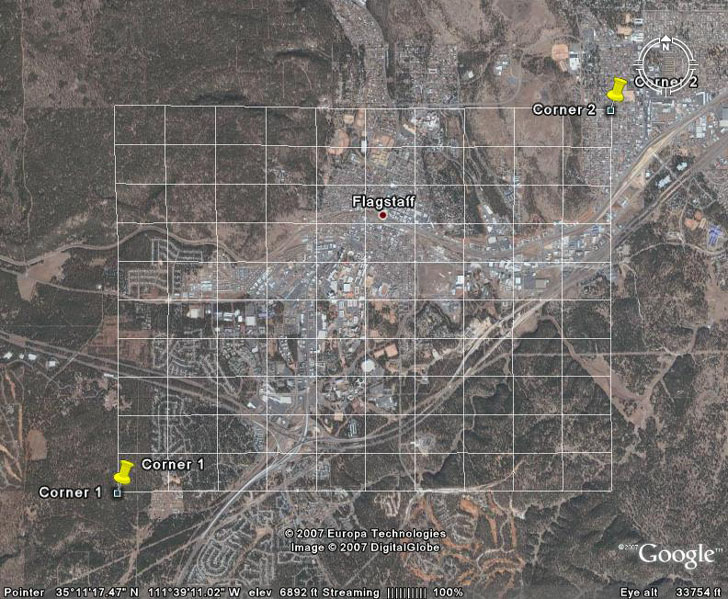 By checking the Draw Path box, I can draw a line between these two points, and put arrow markers on the end of it; “Link last to first” closes the path if checked: 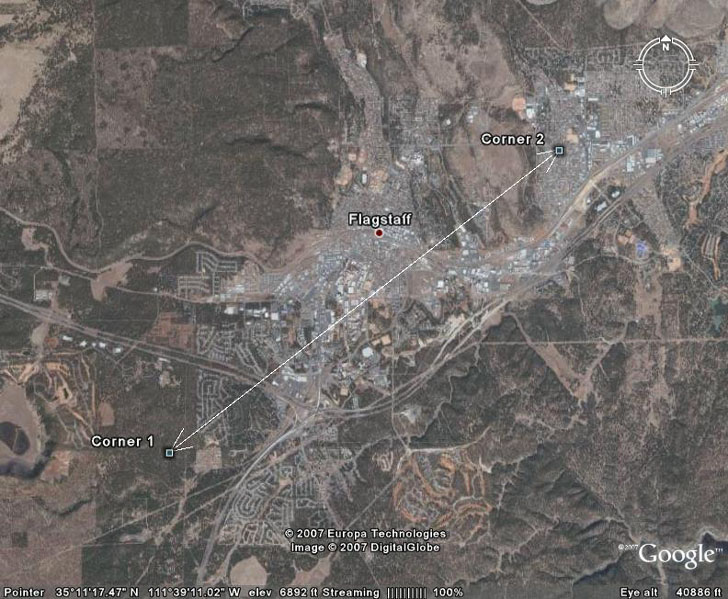 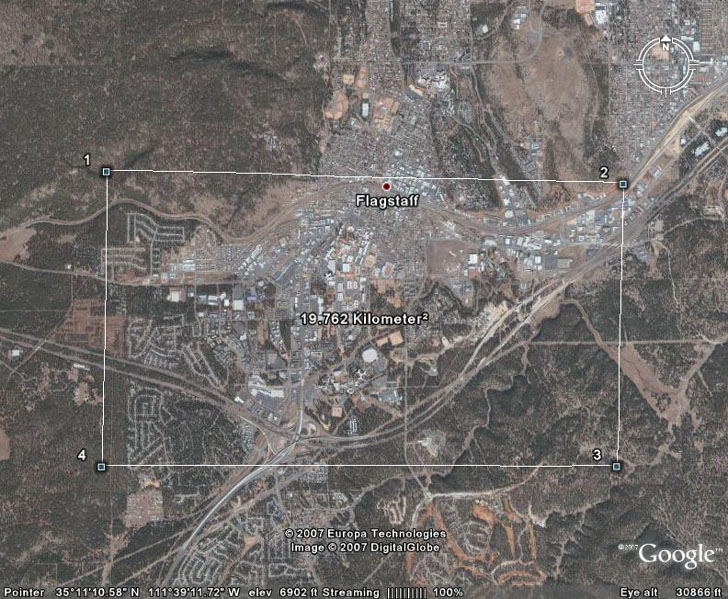 For the final example, I’ll check the “Make Polygons” box, and create polygons centered at each of the points above. The number of segments for this example is 50, which makes them look essentially circular, and the Length is 1 km (essentially the radius for the circle in this example; for a four-segment polygon, a square, it would be the distance from the point to a corner of the cube): 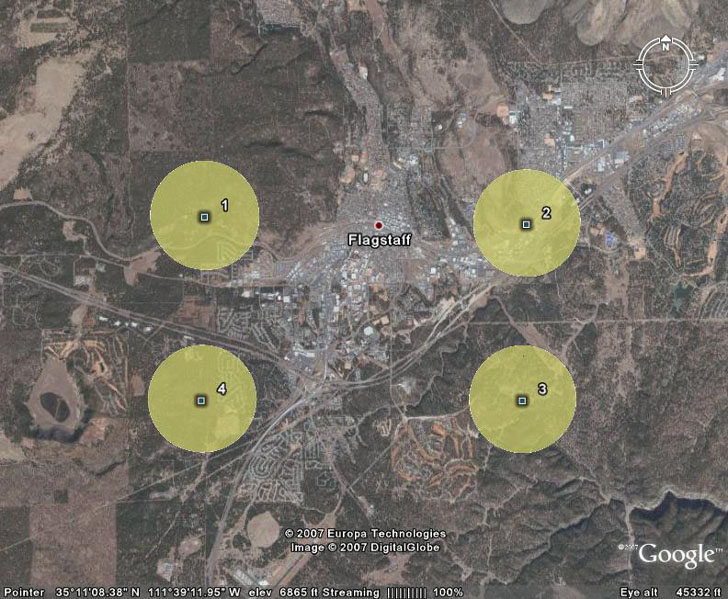 The full set of features (from the GE-Path website):