Christian Pesch has let me know about RouteConverter, his Java-based program for handling, editing and converting GPS routes. It requires Java 6, so it currently runs on Windows and Linux (no Mac). It lets you: 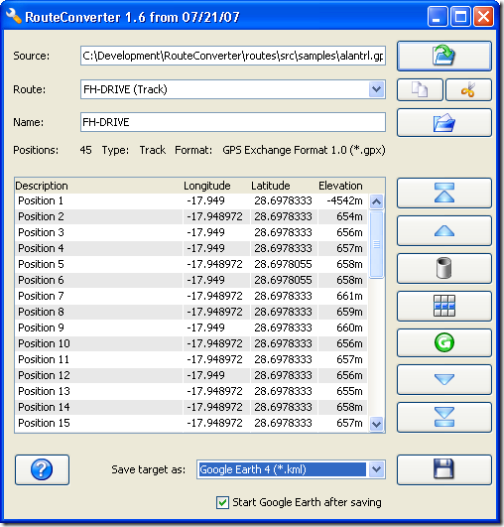 A good supplement to ITNConv, since it handles multiple routes better than that program, is able to simplify routes, and also supports a few formats (NMEA, Tour Exchange) that ITNConv doesn’t. But ITNConv also handles some formats that RouteConverter doesn’t, and its Google-Maps-based editor for points is definitely a plus.