Published by
Leszek Pawlowicz
in data and DEM. Closed Compare that to a standard 10-meter NED DEM from the USGS Seamless Server for the same area, with far less detail: 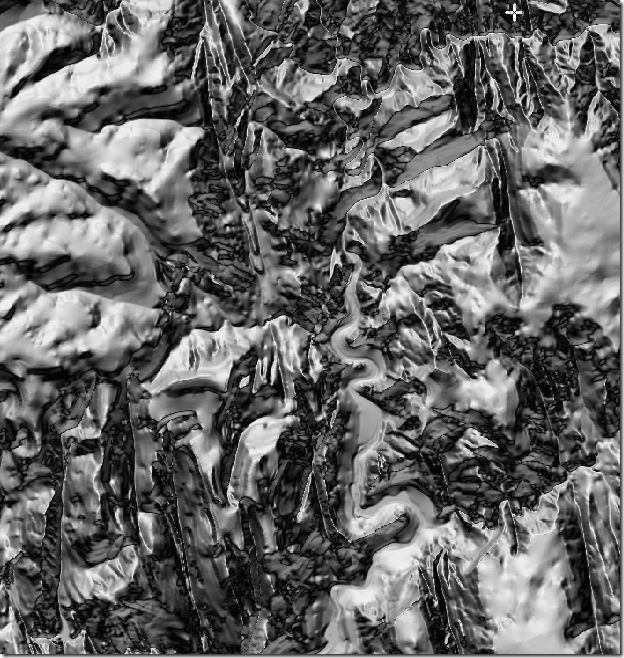 A lot better than the NED 10-meter data for the same area: Combine the one-meter aerial with the 5-meter DEM with a program like 3DEM, and you can create great perspective views: Or use an inexpensive program like SuperOverlay to create a tiled overlay to view the image in Google Earth. It looks like Google Earth uses some of this high-resolution imagery to cover parts of Utah, but not all of it. For the area above in Google Earth, it looks like the left two-thirds of the image are from this aerial imagery, while the right third is from an alternate source (Digital Globe?).

Lots more data is available from the Utah AGRC, including topo maps, floodplain vector files, and more. I wish every state had this kind of data available.

Thanks to Steve Richardson for the links.