I’ve been checking in on Lars Ahlzen’s TopOSM site occasionally for a while now; he’s had a web-based map server with really nice Open-Street-Map-based topographic maps for Massachusetts and Colorado for a while now, but there hadn’t been any new additions for a while. Via the Mapperz blog, I see that there’s been a major addition in the past few months, with data added for the Western US (California, Nevada, Oregon and Washington). These are really nice-looking maps, with relief-shaded terrain, contour lines and road/trail data from the OSM project; starting view is centered around San Francisco: 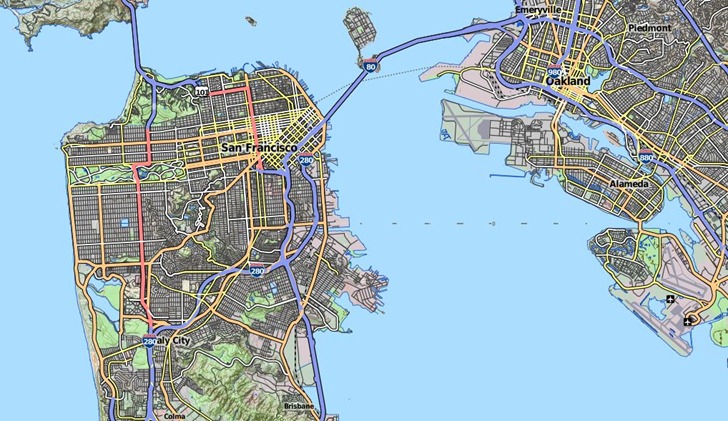 Zooming in and out, and scrolling around, you may notice that it’s a bit on the sluggish side, as redraw times when all layers are turned on can be slow. To speed things up, and reduce load on the server, click on the “+” sign in the upper right to bring up they Layers control, and turn off contours and shaded relief:

The remaining map features layer, with roads and cities, will draw much more quickly now, and you can use this as a guide to finding an area of interest: 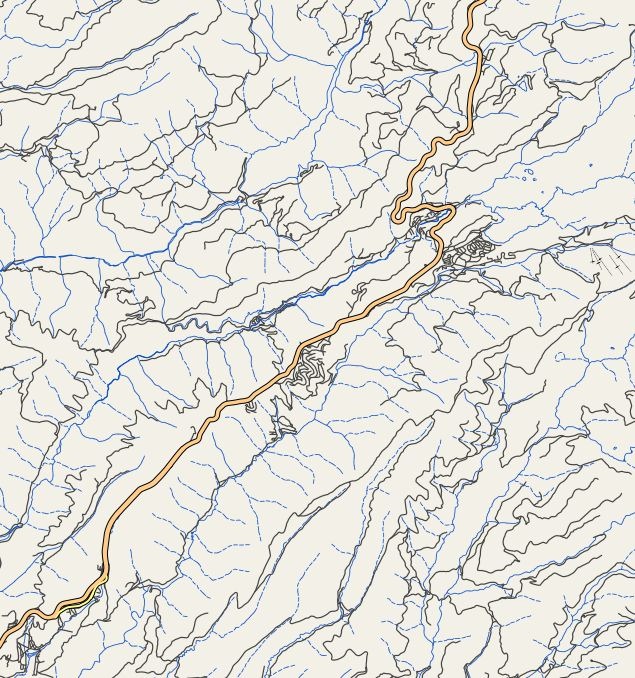 And then turn the relief/contours back on again: 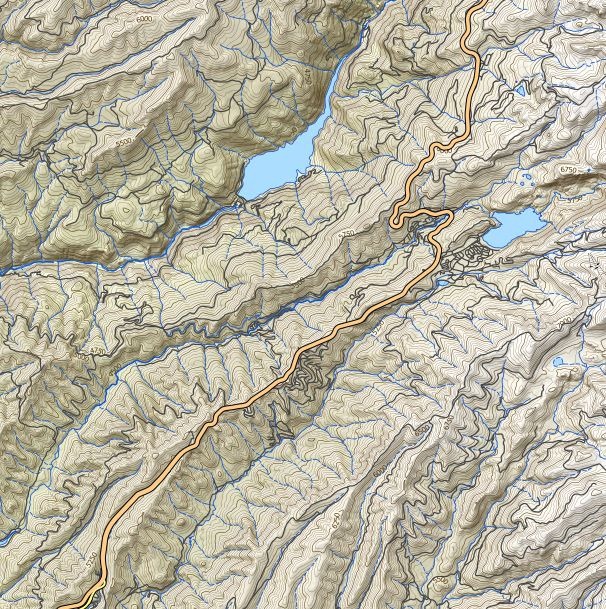 Contour lines are on a 50-ft. spacing, and are labeled; a map legend is available for the Massachusetts map and presumably will be coming for the other maps as well.. Roads are well-labeled too, but geographic features (summits, water bodies, etc.) are hit-and-miss, since it’s based on OSM data; it would be nice to have geographic features from the USGS Geographic Names Information System (GNIS) overlaid on top, as that would make it closer to a true topo map display. Still, a very nice topo map server, and Lars’ ultimate plan is to have at least the rest of the US, and ultimately the world, mapped this way.

2 Responses to “TopOSM – An Open Street Map Based Topographic Map”