Via SlashGeo comes word that the multi-platform GPS format converter and GPS unit data uploader/downloader GPSBabel has hit version 1.40; unless I’m mistaken, this is the first official release in close to two years. (with lots of beta releases in between). Most obvious change is in the interface, which moves to a common Qt base for the Windows, Mac, and Linux versions. It’s not hugely different from the old interface in functionality: 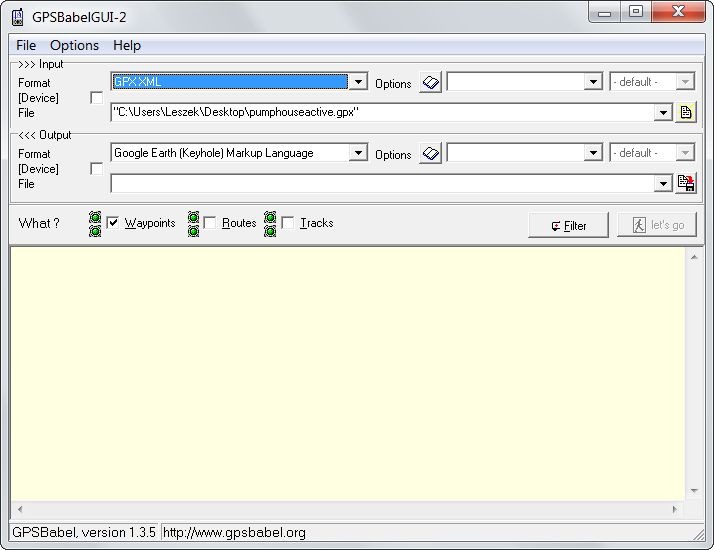 But the new layout is far cleaner and easier to figure out: 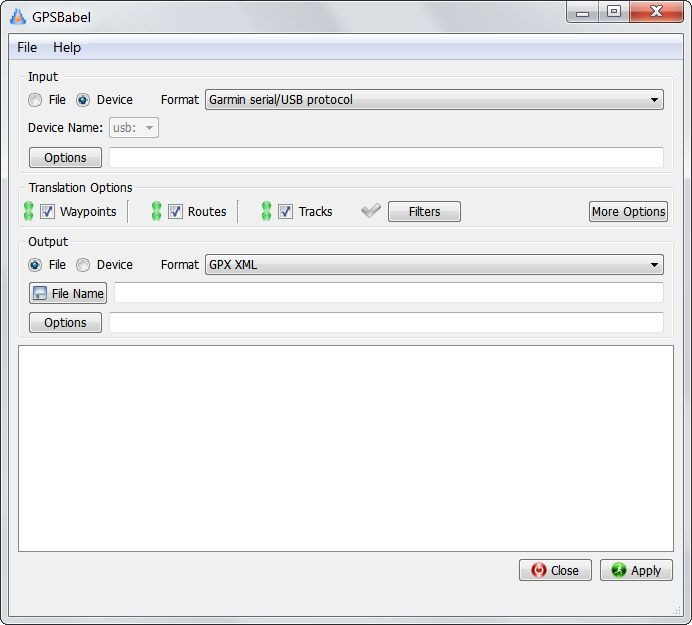 The previous version of GPSBabel probably supported the largest number of GPS-related formats of any program, and version 1.40 adds even more; it’s so strong that some commercial programs use it as a base for their format importation. One commercial company even uses it despite not releasing the necessary information to let GPSBabel interface with some of their GPS units (rhymes with Flagellan). Clicking the “Options” button brings up data output options for the selected output format: 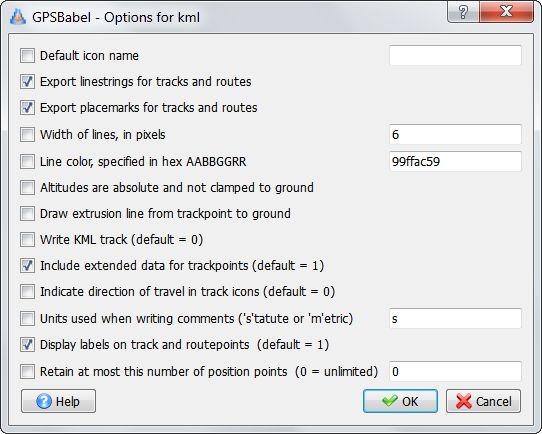 Lots of additional features and power, but requires an effort to learn it all. No documentation up yet for Version 1.40, but there’s online documentation for version 1.36 still available, and you can download a PDF manual for version 1.35 from scribd.com. Information about the new formats and features can be found at this link.