Published by
Leszek Pawlowicz
in Garmin, GPS and GPX. 4 Comments


It’s been a bit more than a year since I first looked at Garmin’s free Basecamp software, and wasn’t terribly impressed. I did say, “Hopefully future versions will be snappier, and add more features.”  I just did a GPS presentation to a local hiking group, and in preparation for that took a full look at the latest version of Basecamp (3.05). In short, it’s a major improvement over the first release; it’s now better than Garmin’s classic MapSource program for uploading/downloading/managing data. It’s so improved that it wouldn’t be a bad basic choice for creating data for use with non-Garmin GPS models; just export the data to GPX format, then use a program like EasyGPS to send it to your model. As an added bonus, it’s available in both PC and Mac versions.

Probably the most important addition is an associated tool called MapInstall, that lets you upload Garmin-compatible maps to your GPS unit. Prior to this, the only complete tool for doing this was Garmin’s MapSource program, only available if you purchased a Garmin mapset, or Garmin’s Trip and Waypoint Planner software, sold for $30. If you wanted to use free mapsets like those available at the GPS File Depot, you were out of luck; now, you’re not. MapInstall isn’t as good for uploading and managing maps as MapSource, but it should be good enough for most people: 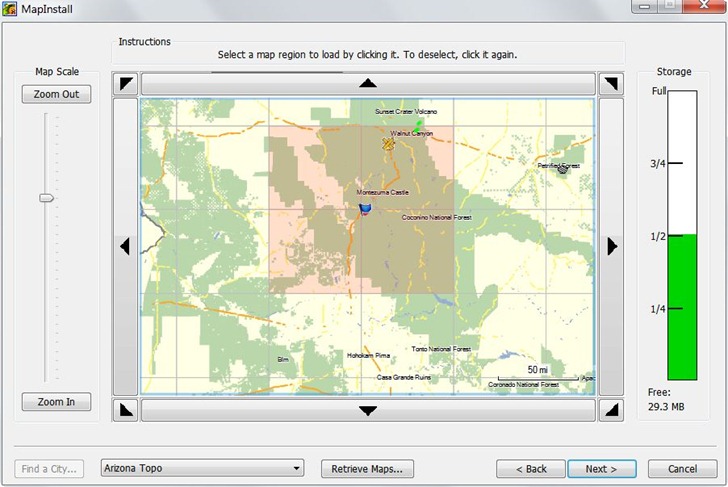 But there are lots of other useful new features:

Still some issues left, some kind of weird:

I did some Basecamp demo videos as a reference to what I presented at my talk, and have put them up on YouTube; not terribly exciting, but maybe you’ll find them useful.