I’ve been playing around a bit with GISCloud, a web-based GIS program. Looks interesting, and promising, but still has serious limitations. Feature set includes: 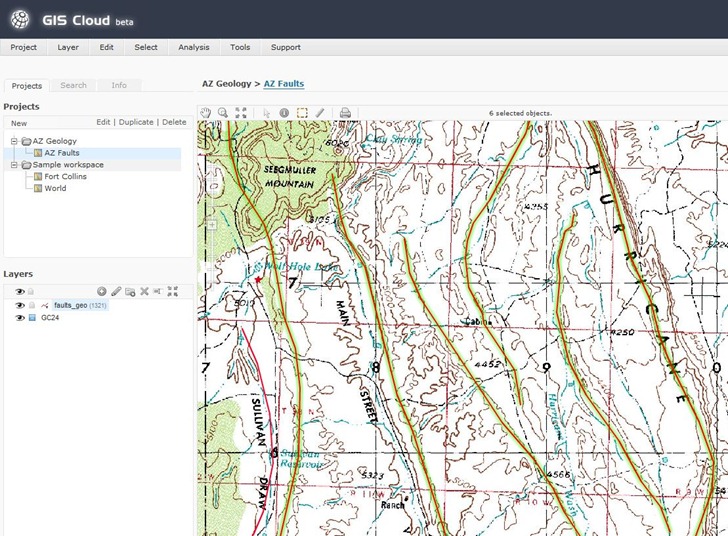 An interesting early effort in cloud-based GIS, and I’ll be watching its development. But unless you have access to, and/or experience with, PostGIS, of limited utility for now. And I don’t expect to see cloud-based GIS replacing dedicated GIS programs any time in the near future – too slow, and too limited.