So I was rummaging through my folders of programs for creating and managing custom vector maps for Garmin GPS units, to find out what was there and what needed to be updated. Turns out I’ve got a lot more stuff than I thought. Rather than writing up individual posts on all of them, which would take a while, I’ve decided to put out a shorter series of posts listing as many of these programs as I can, with brief descriptions of what’s available. These will cover only those tools related to vector map creation; I’ll have a post later on some free tools for creating raster maps for the most recent Garmin GPS units, those in the Colorado/Oregon/Dakota series.

But for those who aren’t familiar with the topic, some background. The first Garmin GPS units to have the ability to display actual maps, instead of just coordinate positions and waypoint lists, came out about a dozen years ago. I can still remember buying my first map-ready unit, a Garmin eMap, and thinking how cool it was to have topo maps displayed on an affordable GPS unit. Since then, Garmin has released dozens of vector-map-compatible units, and most of their current handheld models can display these maps.

For the first few years, the only source for these maps was Garmin, selling them in CD or DVD format for upload to the unit. But around 2001-2002, several programmers managed to reverse-engineer the Garmin map format, and then created compiler programs that could take your geographic data and convert it to a Garmin-compatible map format. Notable among these were Stan Kozicki’s cgpsmapper and his associated MP programming language (“mapa Polska”, Polish map), and the mapdekode program (not sure about the author of this one; Peter P. was the only name reference I could find). Since then, an entire ecosystem of software tools and mapmakers has grown up around this foundation, making the creation of full-featured and accurate custom maps for Garmin GPS units practical. A search of this blog using the keywords “Garmin maps” will bring up many posts listing sources for free maps created using these tools but some notable examples include the GPS File Depot, MapCenter2 and the Free routable maps website.

To their enormous credit, Garmin has allowed this ecosystem to exist flourish, and hasn’t taken any actions to shut it down, or choke it off by modifying their more recent units to make user-created maps incompatible. What’s more, that doesn’t seem to have hurt the growth of their company. Ten years ago, Garmin and Magellan were fairly close to each other in handheld GPS market share; today, Garmin is the dominant market leader, deLorme is probably second, and Magellan is a distant also-ran. I think that at least part of that shift is due to the difference in the two company’s policies on maps and standards:

I wouldn’t say that creating maps for Garmin units is an easy process, even with all the tools available; there’s definitely a learning curve involved, and it can be pretty steep. For simple applications, you might be better off sticking with standard waypoints and tracks, or custom POI files. But custom maps can hold more information than a set of waypoints or tracks, and allow you to display GIS data thematically; for some great examples of what can be done, check out some of the custom thematic Garmin maps at the Desert Packrat site, with custom Garmin thematic maps like those for Arizona vegetation, mines and geology: 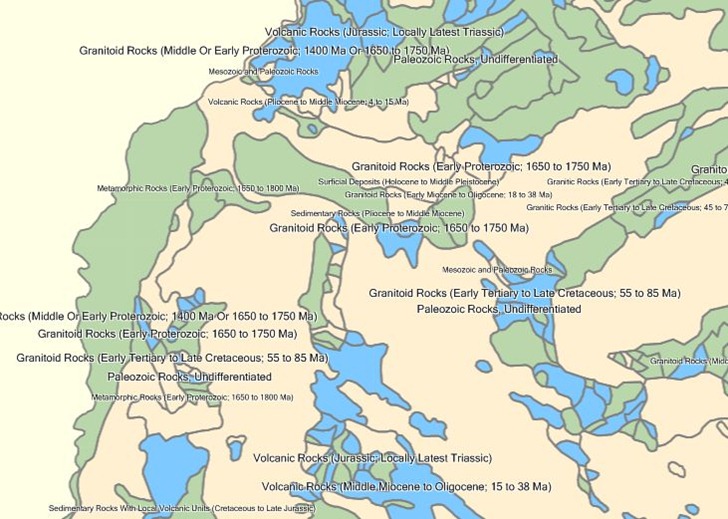 While you can do some similar things with raster maps, not all Garmin units support raster maps, vector maps display and scroll more quickly , and current file limitations mean that you load more vector maps, covering far more area, than you can raster maps.

In the upcoming posts, I’ll have links to some useful sources of information and guides on how to create custom maps. But I’ll finish with two links to what are probably the two best support resources for those needing help and guidance in making their own maps: