Google Earth: The most notable Google Earth functionality is the ability to export vector data, either imported or generated by the program, into KML vector files. So I can open a DEM, like the sample one of Mt. Rainier included with the program: 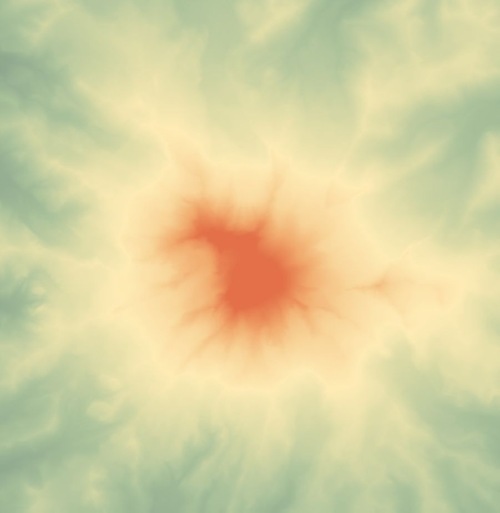 Generate a set of flow vectors for the DEM: 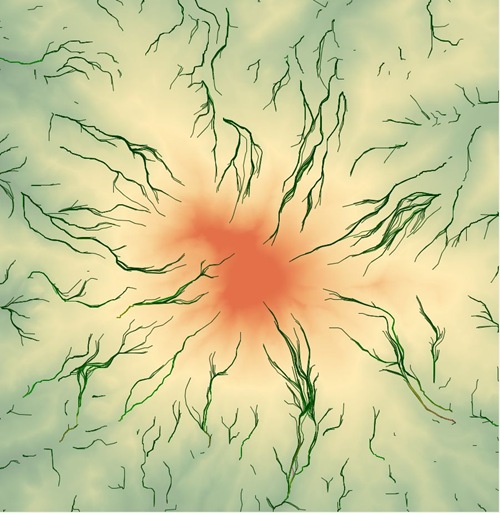 And then export the vector data as a KML file: 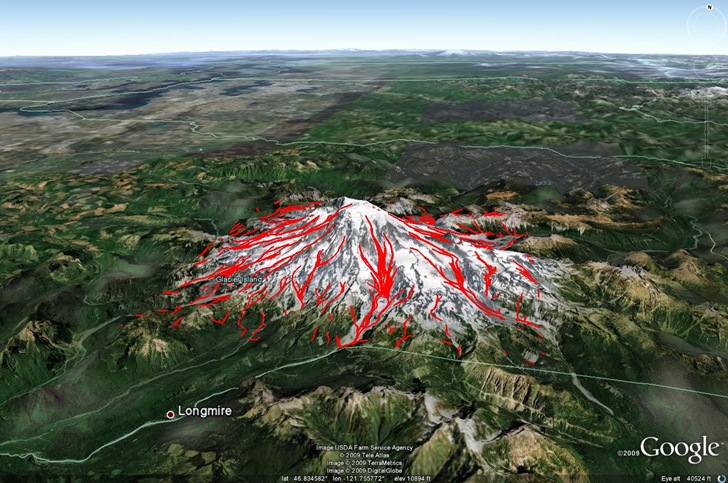 You could do something similar with a shapefile opened in LandSerf, but just be sure the shapefile is in NAD83 or WGS84. As I mention in the post on LandSerf vector functions, LandSerf has problems re-projecting from one datum to a significantly different second datum, and Google Earth data needs to be in WGS84 (NAD83 is almost the same). A search for “KML shapefile” on this blog will bring up a number of other programs that do a better job of converting shapefiles to KML, including preserving attribute data, which LandSerf doesn’t. But all of those are Windows-based; LandSerf runs on Macintosh and Linux, so it might be a useful option for those OSes.

Note: You should save vector data as a KML file; the KMZ file format is supposedly reserved for saving raster data as Google Earth image overlays, but I’ve been unsuccessful in getting that to work.

GPS: The list of useful GPS functions in LandSerf is a bit longer: 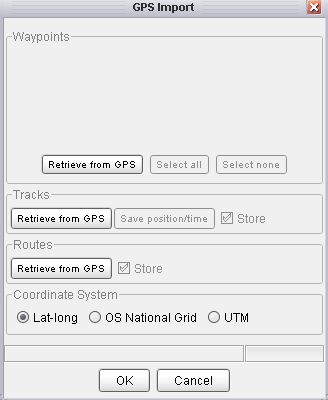 I’ve had difficulty getting tracks to import successfully – the program just shuts down on me. This may just be an issue with my model GPS (Garmin 60Cx); f you have better luck, let me know. You can import the data in the default lat/long coordinate system. or re-project it on import to OSNG or UTM. Once there, you can export it in GPX, shapefile or other vector format.

If you can get track data to import successfully from your GPS to LandSerf, which I couldn’t, there are several other functions that might prove useful:

As with the Google Earth functions, there are other programs that can do most of this in Windows, but far fewer free options in Macintosh and Linux.