Published by
Leszek Pawlowicz
in Garmin and GPX. 3 Comments


A few months ago, I covered GMapTool, a program that lets you identify the name and coverage area of a Garmin .img map file, whose only outward identifying info is a cryptic 8-digit filename that doesn’t reflect anything about its contents. Some people who have download the most recent version of GMapTool have reported getting virus warnings from their AV programs. I’ve checked GMapTool with MS Security Essentials (a terrific free AV program, BTW; unobtrusive, and doesn’t use a lot of system resources) and Avast antivirus, and neither one has spotted a problem – I suspect that the warnings are a false positive, though I can’t be sure.

Regardless, if you’re leery of using GMapTool because of the virus warnings, an alternative program is Mapsource Map Explorer. It doesn’t have the additional capabilities of GMapTool to split and combine .img map files, plus it only works on maps installed in MapSource (GMapTool can work on any .img file in a directory, not just those installed in MapSource). But if all you want is data characteristics for a set of installed map tiles, it does the job: 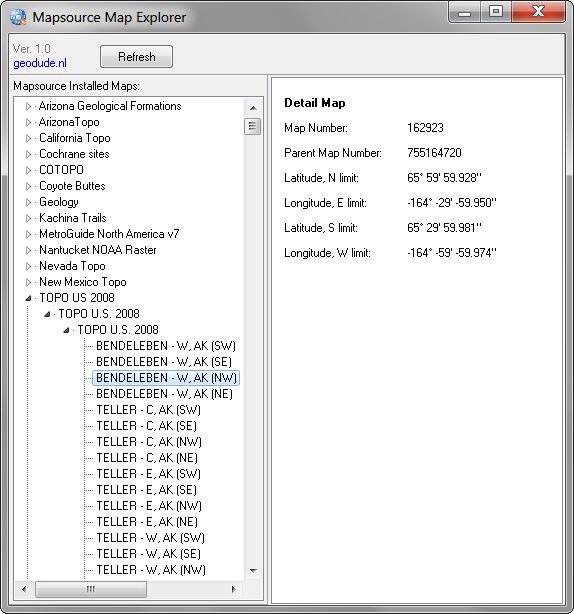 3 Responses to “Another Tool For Identifying Garmin Map Tiles”