A Look At The New USGS Quad Format


Via the All Directions Blog comes word that the first “beta” versions of the new digital USGS 7.5-minute quad maps are now available at the USGS Map Store; click on the yellow button that says “Show DigMaps-Beta” to display their positions in the Google Maps interface. Before you get too excited, you should note: 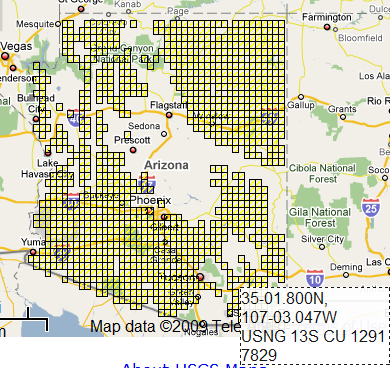 (The coordinate indicator down at the lower right is new, and a nice touch – lat/long and USNG coordinates that reflect the current cursor position)

Open up one of these new quad PDF files, and you’ll see a layers panel at the left: 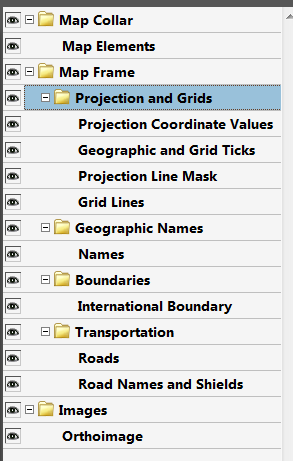 Clicking the “eye” will turn a layer on and off; presumably, when contour lines are added, these can be turned on and off as well. Most of these layers are vector in nature, with one big exception, the “Orthoimage” layer; this is a full-color aerial photograph that can be placed on the map as a background: 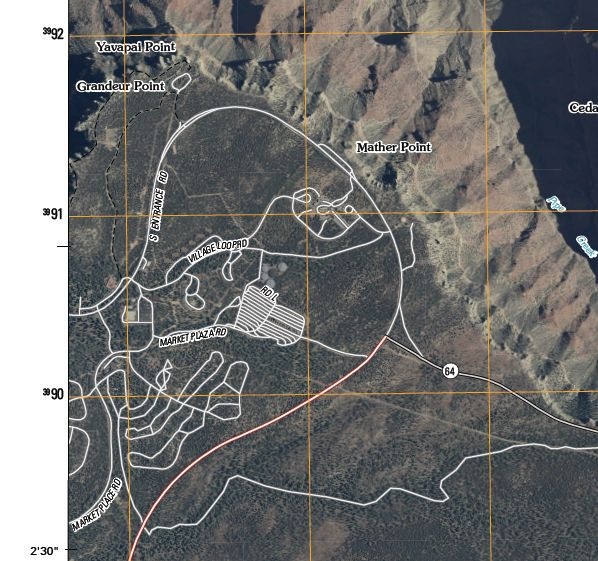 This is both great, and a pain to use. Great because aerial photos on USGS maps rock; a pain because it slows things down and lot.  Every time you pan the map, the orthoimage needs to get redrawn completely; same thing every time you turn a vector layer on and off. It’s slow even on my quad-core desktop; on my netbook, it’s unusable. You’ll probably find yourself turning this layer off unless it’s absolutely necessary. Supposedly, later versions of these maps will have the old-style raster topo maps available as a layer, and I’m guessing they’ll be slow, too. Orthoimage resolution appears to be about 1-meter; in the picture below, the smallest square is about 1 meter by 1 meter, and the next square grouping is 8 meters by 8 meters: 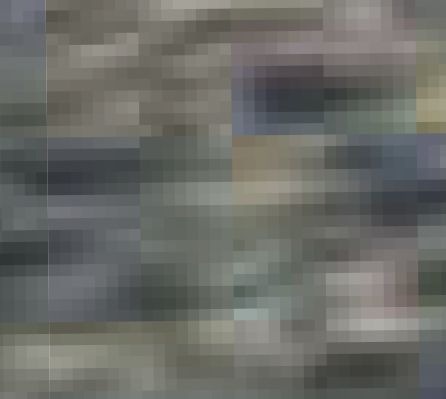 All of the vector layers, including labels, roads, and grids, blow up very nicely when you zoom in – no more aliasing effects as with the old raster maps: 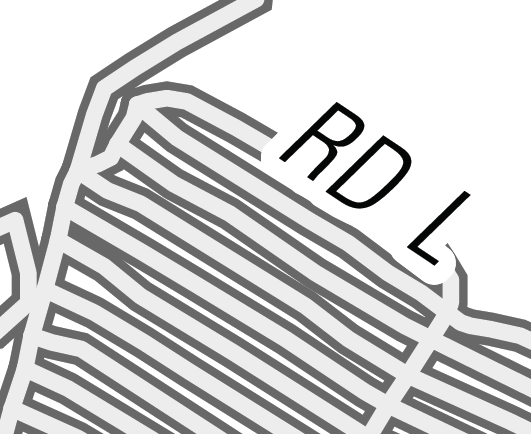 And the roads line up perfectly with the underlying imagery, which definitely wasn’t always true with the old USGS topo maps, either: 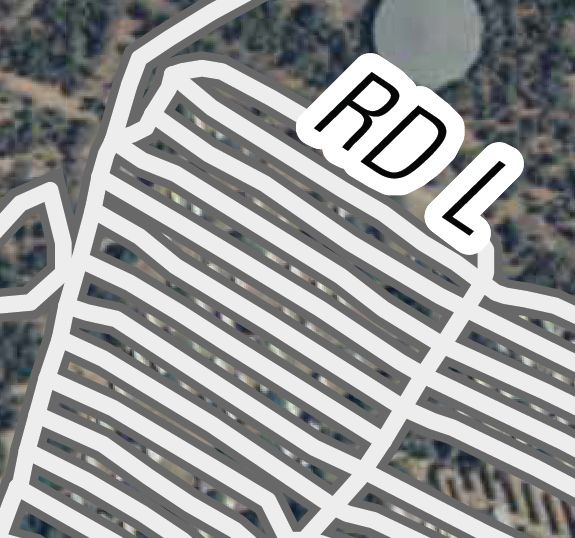 In appearance and utility, these maps looks like a big step ahead, and I look forward to seeing them with contour lines on top. But the format is a big problem – AFAIK, only Acrobat Reader with the GeoPDF plugin lets you look at these maps with georeferenced coordinate data. GeoPDF is being promoted as an open standard, and eventually more GIS programs will be able to handle these maps directly, but right now most (all?) don’t, and I doubt most graphic editors will be able to open and edit GeoPDFs anytime soon.

I’ve covered a way around this problem before. The free utility PDFCreator lets you “print” a file to a number of graphic formats like JPG, TIF, GIF, PNG, etc.; see this post for more details. So from Acrobat Reader, you could “print” the map into a TIF file. Depending on the output resolution you select, you’re likely to get some raster aliasing effects in the final map, but it still looks better than the old format USGS maps. The example below was “printed” at a 300 dpi resolution: 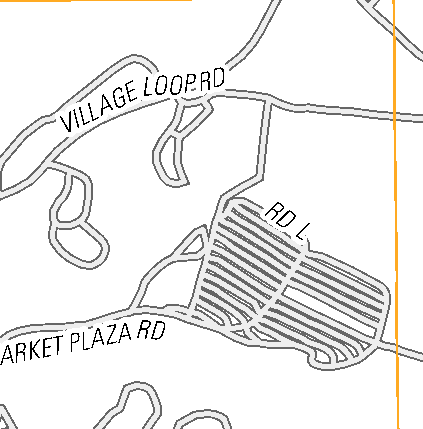 The image won’t be georeferenced, but since the map is in the UTM NAD83 projection, georeferencing can be done easily and accurately using any number of free programs (which I’ll get around to covering sometime soon). Just convert the lat/long of the quad corners to UTM coordinates, and then use these corners as the reference points for registration: 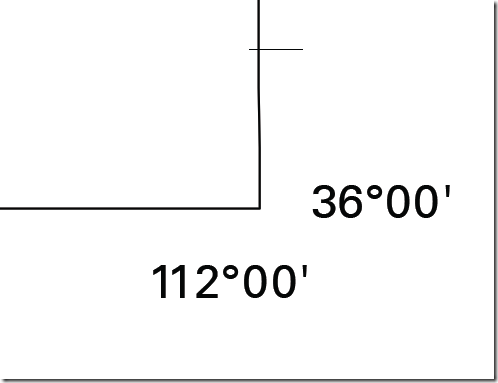 7 Responses to “A Look At The New USGS Quad Format”