So, the week of December 15-19, when I was supposed to be out doing field surveys in northern Arizona, we got snow. A lot of snow. And it kept going until about December 26th. It’s kind of hard to do a field survey when the ground is covered with snow, but I’ve been hoping the recent bout of warm weather would melt that snow quickly, and let me get back out in the field.

To monitor that situation, I’ve been consulting the US National Weather Service’s National Operational Hydrological Remote Sensing Center (with the snappy acronym NOHRSC). At this time of year, they supply a large number of snow-related data products, including: 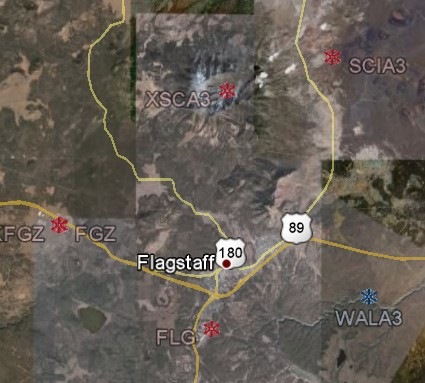 And here are a few of the data graphs that a query will bring up:

So can I get back out in the field? There are two areas left to survey; here’s one area in with a snow depth overlay in Google Earth: 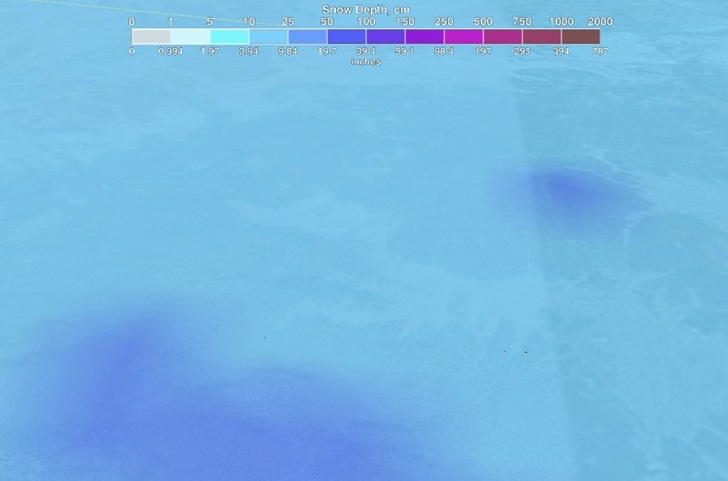 With close to 10 inches of snow still on the ground, it’s going to be a while. And the other area:

With 1 to 4 inches on the ground, can’t survey here yet either, but maybe in a few days …