A new utility from Valery Hronusov, Placemarker lets you create a Google Earth placemark different than the standard placemarks available in the program. No install program, just unzip the files into their own folder and run the executable:

Enter the desired text into the box; controls let you set the font, shadow or outline effects (with variable depth), and the location of the text relative to an optional icon. The default icon is shown above, but you can use JPG, PNG, TIF, BMP and TIF files of your own, and re-size the icon to your desired dimensions. “Save Image” saves the text and marker imagery at top as a graphic file. But if you want to place the text/marker in Google Earth,  click on the Open GE button: 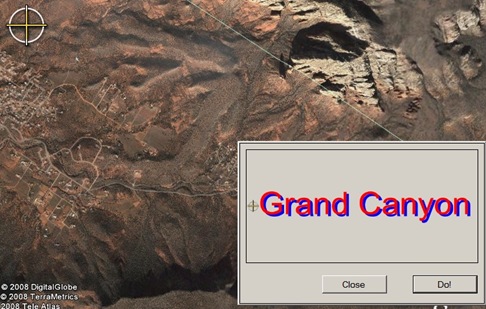 If Google Earth isn’t already open, it will be, a marker will appear at the center of the screen (at upper left in the above picture), and the action box at the lower right. Move the image in Google Earth until the on-screen marker is positioned where you want the placemark to be located, and then click “Do!”. A PNG of the placemark image will be created, and positioned centered at the on-screen marker:

If you don’t like the position, you can move the Google Earth image and “Do!” it again. Once you have it where you want it, just save the generated “image.png” overlay as a Google Earth KMZ file to keep it for future use.

The overlay stays at a 0-degree orientation, and covers the same screen area, regardless of how you tilt the display and zoom in/out: 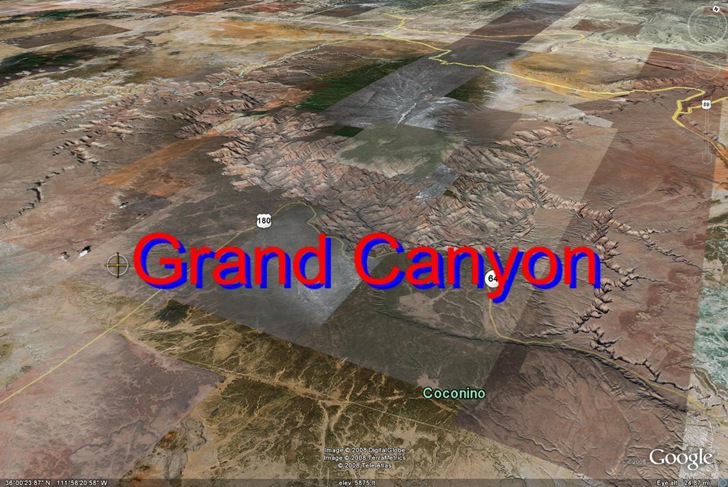 A useful complement to the online KML Labels tool that generates similar text labels for Google Earth, but as image overlays on top of the terrain.