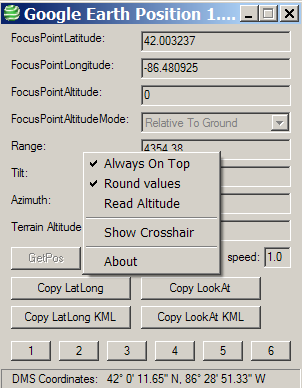 This will open up a crosshair screen overlay in Google Earth, at the center of the screen; this is the position displayed/captured in the Google Earth Position app:

Non-Windows users can use the KML link described in this post, or this one suggested by Maarten in comments (though I’ve had problems getting  it to work).