gvSIG is a full-featured open source GIS program, written in Java; I’d go so far as to call it one of the two leading open source GIS programs currently available (Quantum GIS is the other). Version 1.11 was released recently, with standard installers available for both Windows and Linux (and a special installer for Mac). There’s an older version of gvSIG as part of Jo Cook’s Portable GIS on a stick package, which you can run from a thumb drive on Windows or Linux systems without installing the software directly. However, it looks as though there hasn’t been any work on that package for quite a while, so it’s unclear whether the latest version of gvSIG (or the other software programs in that package) will be added anytime soon.

However, the gvSIG office has just announced release of portable versions of gvSIG 1.11  that run on Windows and Linux systems from a thumb drive; you can also run it from a separate direction on your PC, bypassing full program installation completely. Total size of the unzipped package is 285 MB, making it fit easily on a 512 MB or larger thumb drive; if you compress the files in Windows (right-click, choose Properties, choose Advanced, then “Compress contents to save disk space”), it drops to 233 MB, making it just barely fit onto a 256 MB thumb drive. It contains not just the program and associated files, but even the Java Runtime Engine, so you don’t need to have Java installed on the system you’re running it on.

One minor quirk: it starts up with the default language being Spanish, not surprising since it’s developed in Spain. To switch over to English, or another language:

1. Run the program (gvsig.exe file in the bin directory for Windows, gvSIG.sh for Linux).

2. Go to the “Ventana” menu listing, and choose “Preferencias”.

4. Select your desired language (English below), click “Aceptar” at the bottom , then close and re-open the app. 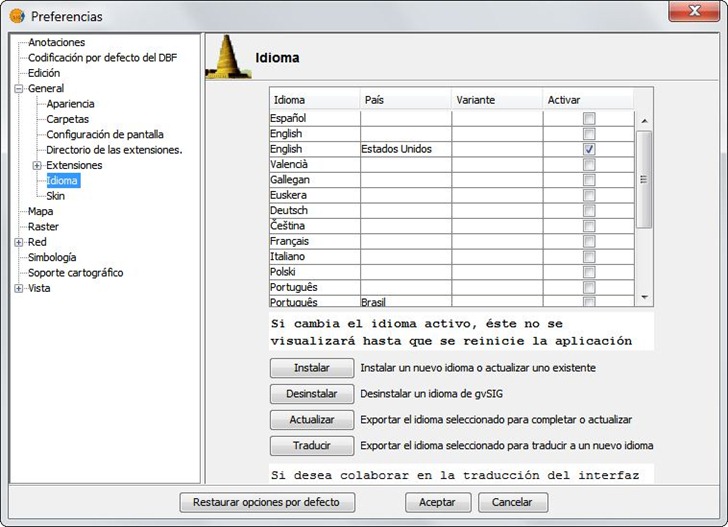 Seems to work as well as the standard installed desktop version, with all current extensions: 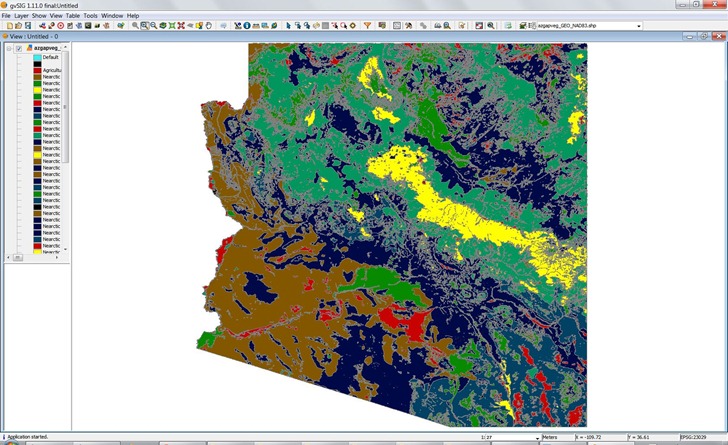 1 Response to “Portable Version Of The Open Source GIS gvSIG”