FalconView is the Windows mapping part of the Air Force’s Portable Flight Planning Software (PFPS), under development by Georgia Tech since 1994; see this link for an interesting history of the politics of software development in the military. This mapping part, stripped of all mission planning components, has recently been OK’ed by the Air Force for release by as Open Source software. The program has an strong list of features, including: 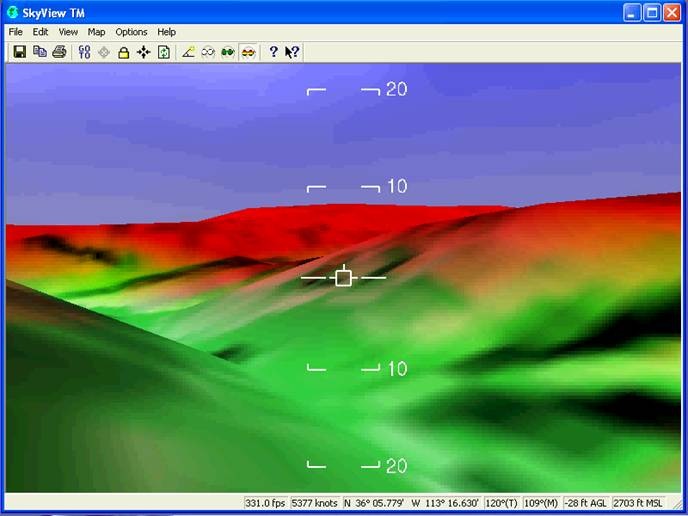 But this open source version is labeled as alpha software, and it definitely is:

A bigger problem is that it’s a complicated program with lots of features and a non-intuitive interface. Documentation is currently limited to the help file, which is clearly intended for someone who’s already familiar with the program; no manuals or other documentation is currently available. I struggled for several hours trying to figure out  the simplest task possible, add a raster image to the map and view it, before finally giving up. I may not be the sharpest tool in the shed, but I’m not the dullest, either.

FalconView also installs GeoRect, a program to georectify imagery and export it in GeoTiff format. I had hopes that this could be used to convert GeoPDF files into GeoTiff format, since it does open GeoPDF files. But I was defeated on this score as well; while the help file is substantially more helpful than that for FalconView, I was unsuccessful even following their step-by-step instructions. And it appeared as though it would only convert a beta USGS quad in GeoPDF format to a GeoTiff far smaller than would be necessary for full resolution.

I welcome comments from anyone who’s used this program before, and can offer pointers, and I’ll keep an eye on it for the future. But until there’s substantially better documentation available, I’m not going to spend a lot of time struggling my way through this software.