PRJ files are often included with GIS vector or raster data, and define the coordinate system associated with the data using the Well-Known Text (WKT) format. The Prj2EPSG utility site lets you upload or paste PRJ file data, and looks up the standard EPSG code designation associated with it (or gives you a list of what it thinks are the best matches). Utility seems to work well with many standard coordinate systems: 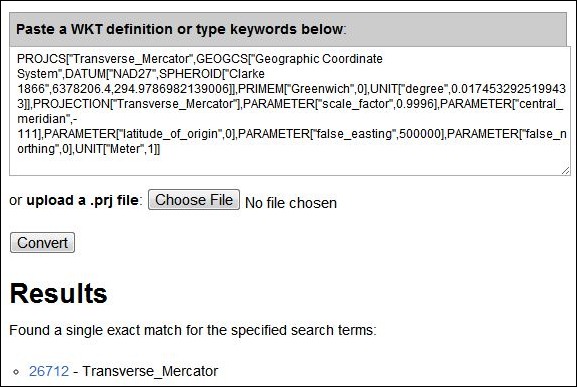 It’s not perfect, though. I threw an oddball Lambert Conformal Conic projection at it, from a USGS GeoPDF of a Utah 1:24K topo map, and it was a bit stumped: 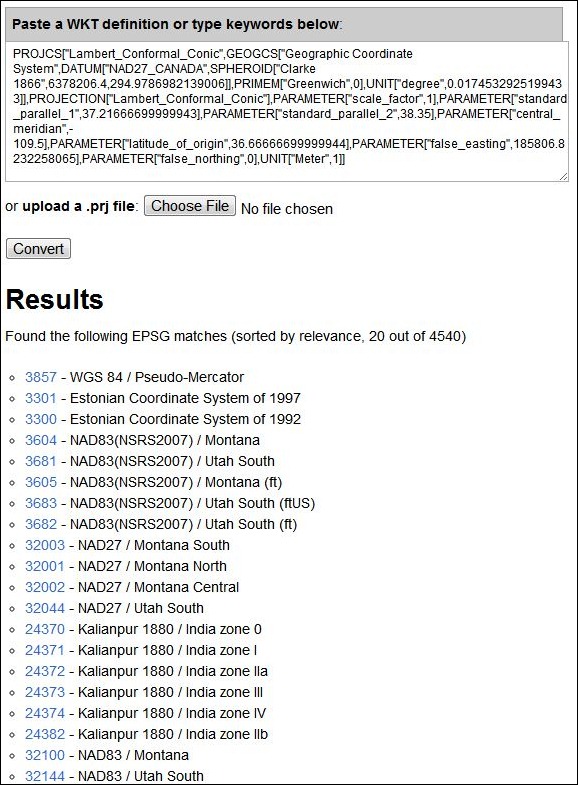 Estonia and India ;)? To be fair, this particular coordinate system gives a number of other programs heartburn as well, and it was the only outright failure in 10 sample files; the other 9 came up with one candidate answer, and it was always the correct one.