Published by
Leszek Pawlowicz
in DEM and GIS. 7 Comments


In an earlier post, I covered Terrain Bender, a program that lets you create varying-angle terrain views from digital elevation models (DEMs), with optional overlay imagery, analogous to the view you get from the window of an airplane: 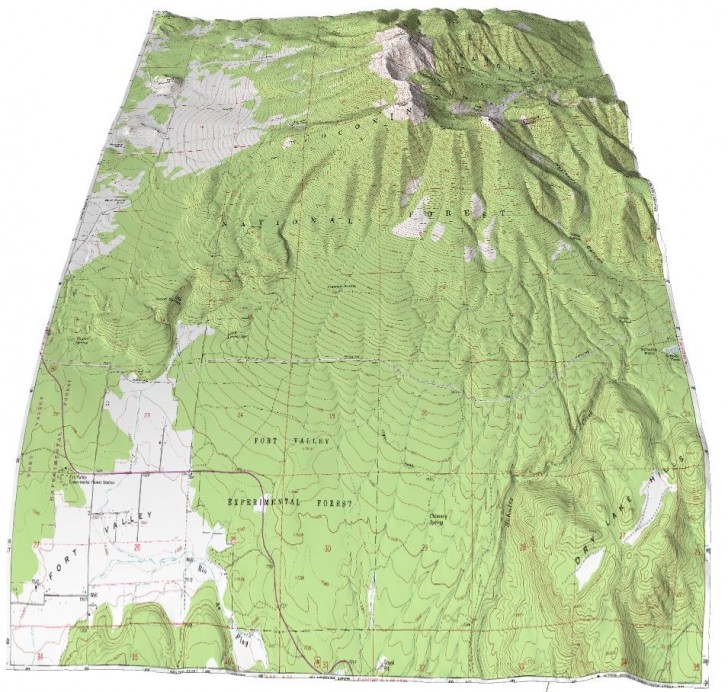 One problem with Terrain Bender is that the only DEM format it accepts as input is ESRI ASCII grid files, *.asc; these aren’t always easily available. But you can use the free GIS program SAGA to convert DEMs from other formats to *.asc:

– If the DEM is in a standard raster format like a GeoTiff, use the Import/Export – GDAL/OGR: Import Raster module

– If the DEM is in a grid format (e.g. SRTM30 Grid, Surfer, XYZ), look in the Import/Export Grids folder for the appropriate import module, and use that to import the data.

2. Open the Import/Export Grids: Export ESRI Arc/Info Grid module, select the data loaded in step 1, and export it as a *.asc file. Terrain Bender seems to read this file successfully, as long as it’s not too large.

3/12/10: The latest version of Terrain Bender now supports more variants of the .asc format, including that created by MicroDEM.

Another problem is with raster image overlays, like the topo map in the image above overlaid on top of a “bent” terrain view. In order for the map to align with the terrain, the geographic extents of both have to be exactly the same, and that can be tricky. But the free GIS program MicroDEM can make this easier.

1. Load the DEM into MicroDEM.

2. Load into MicroDEM the georeferenced raster image you want to use as an overlay for that DEM in Terrain Bender. The raster image should cover at least the same geographical extents as the DEM, and preferably overlap those extents.

3. Select the DEM by clicking on it, then choose File => Match other maps => This coverage area from the menu. The raster image will be cropped to match the extents of the DEM exactly.

Note: If the “This coverage area” option doesn’t show up for the DEM, it may be a bug/quirk with the program. Click on the raster image to select it, and choose that option. Click on the DEM again, and that option should appear on the menu.

4. Click on the magnifying glass with the “1” inside on the raster map (the “No zoom 1:1 view” control); this will blow up the image to a 1:1 image pixel to screen pixel size.

5. Choose File => Save image from the menu; Terrain Bender supports all 4 image format export options (BMP, JPG, PNG, and GIF). You can now use this image as a perfectly-matched overlay for the DEM in Terrain Bender.

You’ll also need to crop out any null-elevation values on a DEM, like those on UTM DEM grids covering a lat/long area, as in this example where the black areas are null values: 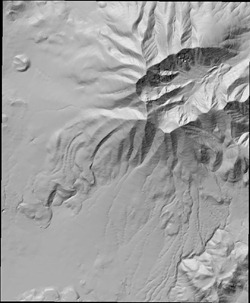 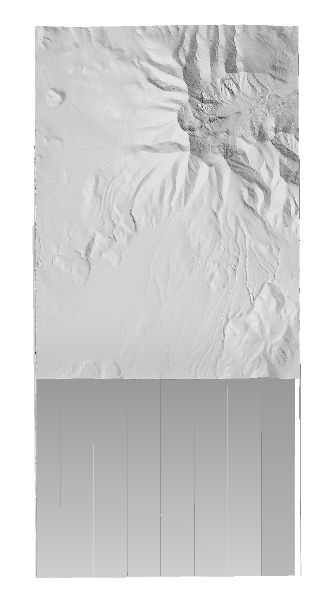 Crop out the areas with null values, and you won’t have this problem.