Published by
Leszek Pawlowicz
in Garmin and GPS. 10 Comments


Note: Version 6.15.3 of MapSource accidentally dropped support for custom waypoint icons; version 6.15.4 puts it back. Make sure you have the most recent version.

The two previous posts in this series dealt with creating and uploading custom waypoint icons to supported Garmin GPS units. But while third-party software for handling GPX data (both upload and download) will download the waypoints, most (if not all) don’t support display of these custom waypoint icons. For that, you’ll have to use Garmin’s MapSource program (aka Trip and Waypoint Manager), and set up custom waypoint icon graphics so that MapSource can import and use them.

(Note: MapSource can use up to 64 different custom waypoint icons, 000 through 063, but if your GPS unit only supports 24 custom icons, 024 and above would only work in the MapSource display, and would show up on your GPS as a default waypoint icon).

The magenta color in each graphic is the transparent color, and disappears when uploaded to the GPS. Using the procedures described previously in this series, the icons are uploaded to the GPS, and show up in the “Custom” waypoint icons section: 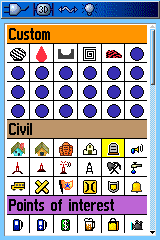 I can now use these icons when marking waypoints, and have them show up on the map screen: 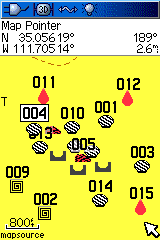 (Note to concerned archaeologists: This is a fictitious example, and doesn’t depict actual locations of cultural artifacts).

Now, I copy all five of the above bmp files to the “Custom Waypoint Symbols”, and rename them as described above (e.g. “Waypoint Symbol 000.bmp” is renamed to “000.bmp”). Starting up MapSource, and downloading all of the waypoints depicted above, the waypoints are mapped out: 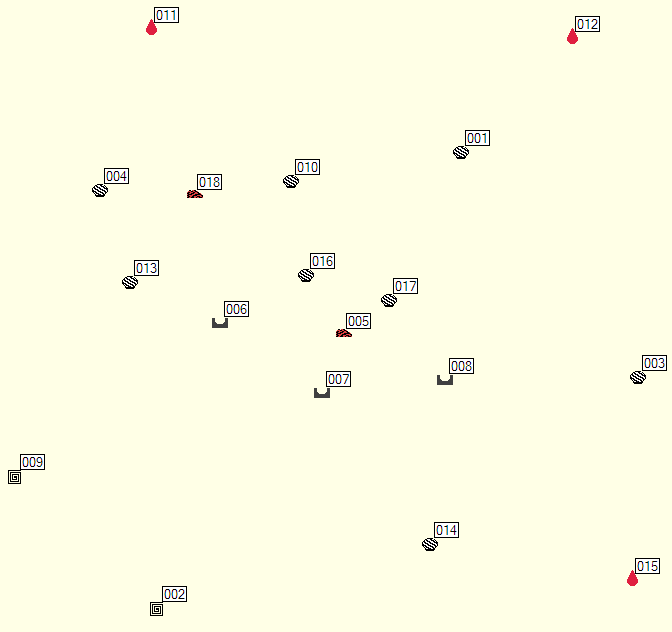 The custom waypoint icons show up exactly the same in MapSource as they do on the GPS unit.

Using custom icons like this gives you a handy way to separate out and save waypoints in different categories. For example, downloading the points above into MapSource gives me the following waypoint list on the left: 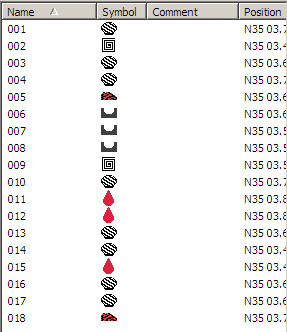 Clicking on the “Symbol” column at the top sorts the waypoints in this listing by the symbol type: 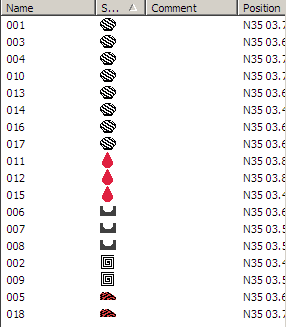 To save only the pottery-related waypoints in this list:

Only the pottery-related waypoints will show up in the new program window: 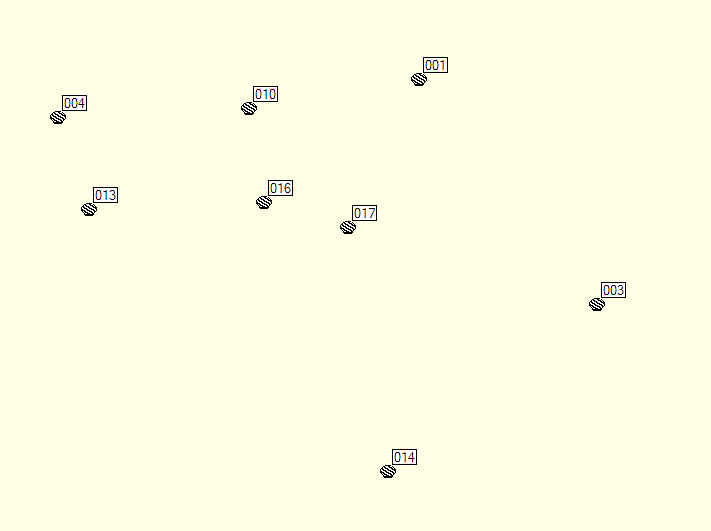 I can now save these points in their own file, say a GPX file, for either direct import into a GIS program or conversion to an alternate format like shapefile using a program like DNRGarmin.

Finally, I can also create waypoints in MapSource using these custom waypoint icons, using the Symbol dropdown in the Waypoint Properties window: 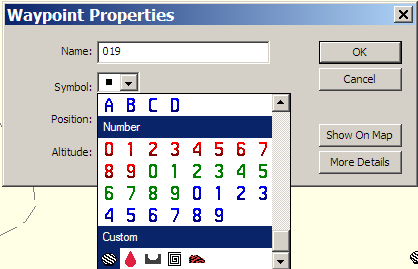