A good screen capture utility is useful to have for “snapping” images from programs or web pages, e.g. maps from Google Maps. I posted earlier about a couple of general screen capture programs that run in the background, and can capture images from any program. But if you primarily capture images from websites, there are a couple of handy in-browser utilities for both Firefox and Internet Explorer that let you grab and save an image from directly within the browser.

For Firefox, there’s an extension called Snapper. While the page lists it as being compatible only with Firefox 1.5, there’s a version that I’ve tested with Firefox 2.0 available at this page. After installing the extension and re-starting the browser, a small icon of a red fish (red snapper – get it?) appears in the status bar at the bottom of the browser. To capture an image, click once on the fish (its mouth will open), then click and drag on the screen to select the image you want to capture defined by a red box. It will be saved as a .png file in the c:\Capture directory as a default, but you can modify the capture directory using the extension options screen. Here’s a capture from the Google Maps relief shading site posted about earlier this week: 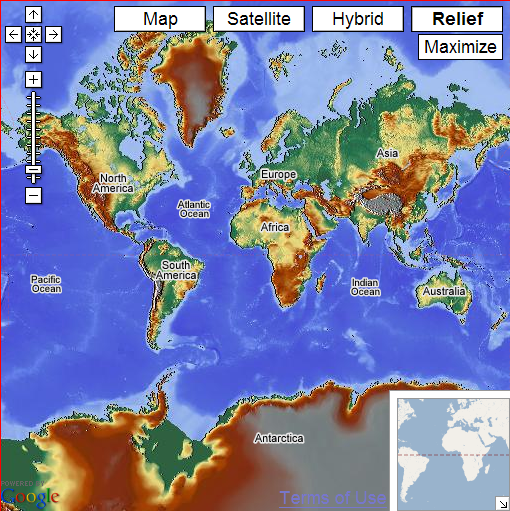 If you’re using Internet Explorer, there’s an “extension” called IE7Pro that adds not just page image capture, but a whole bunch of other features like ad blocking, mouse gestures, crash recovery, advanced tab management and more. Download and install IE7Pro; the next time you open Internet Explorer, you’ll see a blue “e” in the status bar in the lower right-hand corner. To capture an image of the entire web page, including sections that are currently off-screen but scrollable to, right-click on the “e” and select “Save Current Tab To Image”. You’ll be prompted for the location to which to save the image in PNG format. Right-clicking on the “e” also gives you the option of setting other feature options as well. Even if you don’t need the web page image capture feature, the other features makes this a worthwhile download.

Don’t forget that for many images on the web, use is limited by copyright laws.