I posted version 1.0 of my utility TritonRMP Helper on this site a few weeks ago, an aid to creating custom raster maps for the Magellan Triton GPS series. It re-projects a GeoTiff to geographic/WGS84 coordinates (if necessary), then extracts out the calibration data needed by the program TritonRMP Maker to convert the TIFF file into a Triton-compatible RMP file. I’ve added a few enhancements to it, and voila, version 2.0. Check the original post for basic info, but here are the improvements: 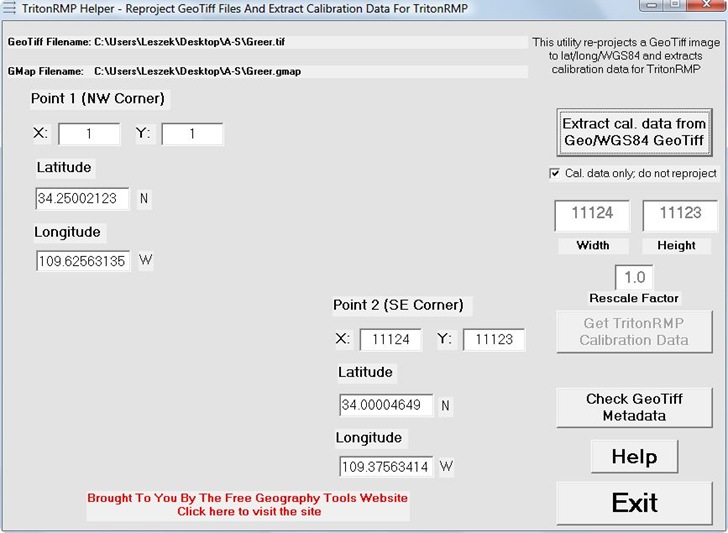 Standard disclaimer, i.e. use it at your own risk, and double-check any maps you produce for accuracy. And report any bugs you find to me via my Contact link.