The Earth Is Square posts about JSatTrak, a Java program to display satellite tracks and coverages in 2D and 3D. Huge feature list; from the website: 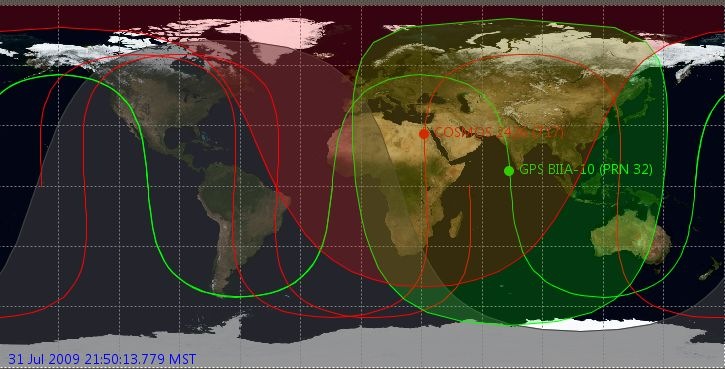 And the same plot for the two prototype European Galileo GPS satellites: 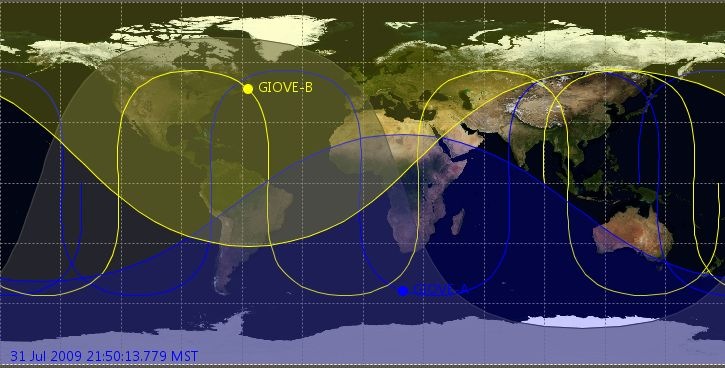 Data is available for all US GPS, Glonass, Galileo and SBAS (WAAS/EGNOS) satellites, as well as the US Navy and Russian LEO systems; find them in the Satellite browser. Be sure to check out the screenshot gallery as well to get a feeling for what the program is capable of, but don’t bother download the .jst scenarios; they were created with an older version, and the new version doesn’t support this format.