Published by
Leszek Pawlowicz
in Google Earth and KML. 3 Comments


Navimatics has created a KML network link that overlays marine charts derived from NOAA data onto Google Earth. Coverage includes all of the US coastline for the contiguous 48 states, but not Alaska and Hawaii yet. From high altitudes, coverage areas are outline with yellow lines: 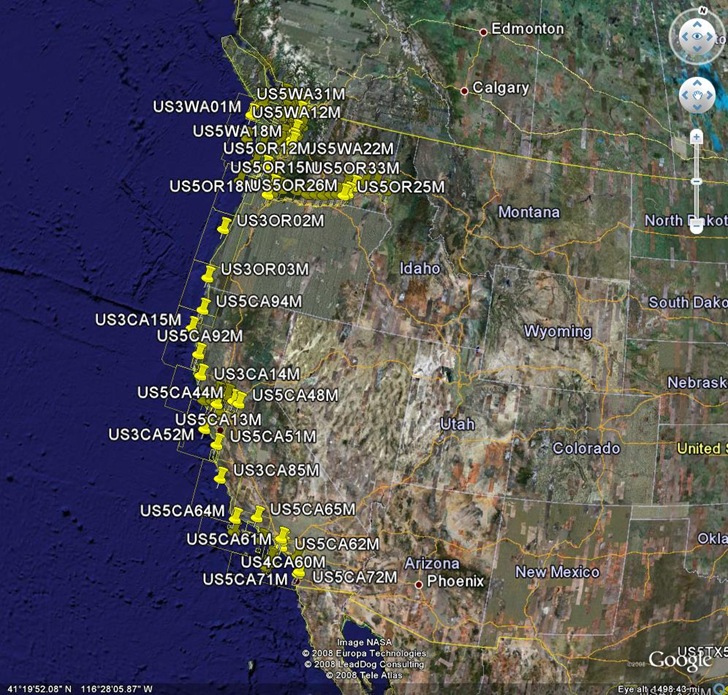 Zoom in to about the 15-mile altitude, and the charts will appear: 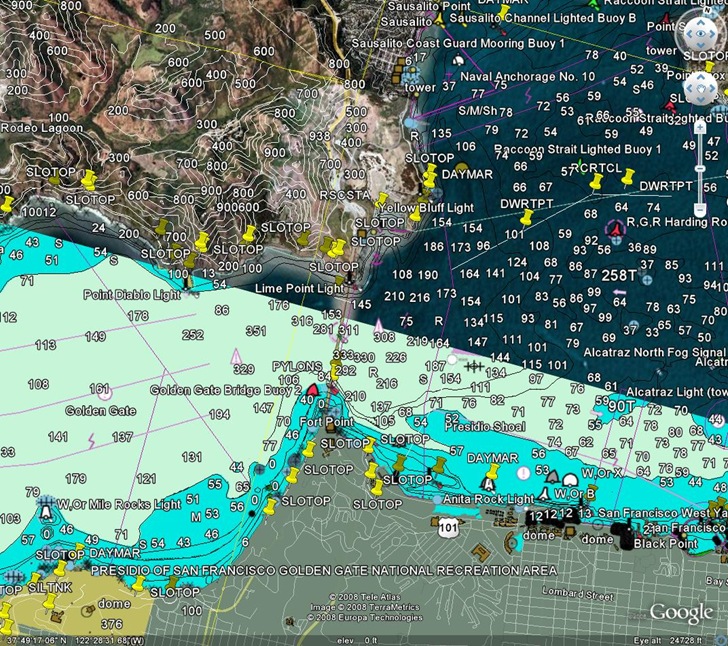 On my system, I get a view where the bottom half is an opaque overlay, while the top half is partially transparent with topographic contours. I don’t know yet whether it’s just a quirk in my system, or whether it’s supposed to be this way. 5/2/2009: This may be an problem with DirectX vs. OpenGL for the display. In any case, as you scroll the map, the position of the opaque layer remains the same so that you can view an area with and without it.

3 Responses to “US Nautical Chart Overlay For Google Earth”