Displaying Datasets In The Google Earth Plugin With Earth Atlas


Bjorn Sandvik, creator of the Thematic Mapping Engine for generating thematic prism/choropleth/bar/proportional symbol KMZ files, has just announced the first version of his Earth Atlas, an augmented viewer for the Google Earth plugin (Windows only for now). A tile on the right lets you choose one of 6 internal thematic demographic datasets to display in the globe, or two external ones (icecover and recent earthquakes). But you also have the option to enter the URL for multiple external KML or KMZ file, and have them added to the display as well. Here’s an external KML file from the Google LatLong blog showing photo overlays of flooding in the Kosi River region in India: 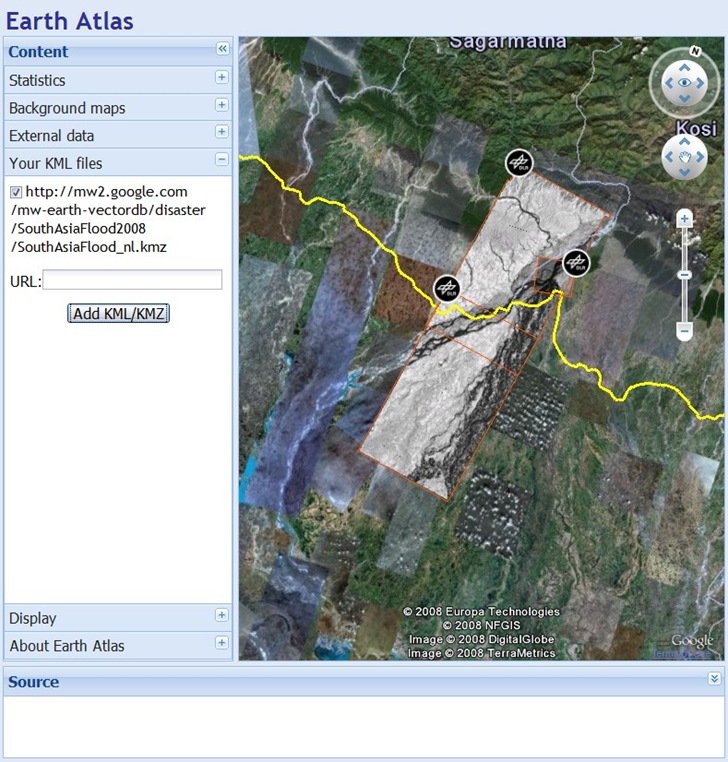 Note: you may have to manually scroll to the area covered by an overlay to see it.

In his announcement, Bjorn says “…to be continued!”, and based on his improvements to the Thematic Mapping Engine since its original release, that probably means a lot more capabilities will be available soon.