Photorealistic Views Of The Earth Over The Last 750 Million Years

Published by
Leszek Pawlowicz
in cartography and geology. Closed


The Visible Paleo-Earth project has combined geological, paleontological, and paleoclimatological data with the paleogeographic maps of Ron Blakey (visible here and here) to create a series of Blue-Marble-type views of the earth spanning the last 750 million years: 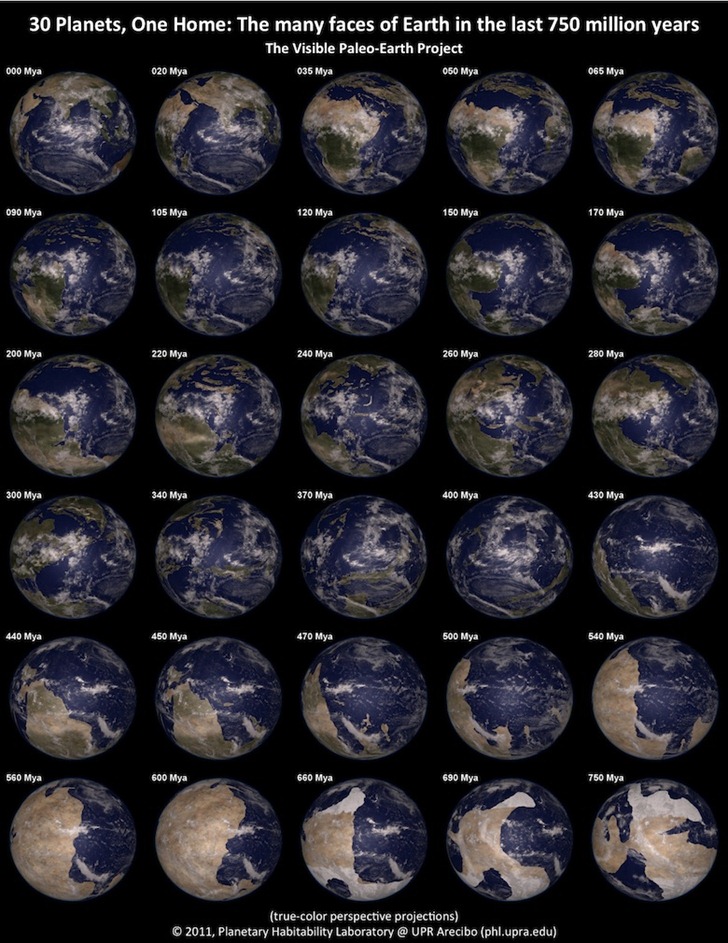 More animations, and higher-resolution imagery, are scheduled to be released today (4/29/2011).

If you’re at all interested in the relationship between ancient geographies and climate, and how they created the geology of the Colorado Plateau, I highly recommend the book Ancient Landscapes by Ron Blakey and Wayne Ranney, a terrific synthesis of geology, geography, paleontology and cartography.