GroundTruth: A tool for generating full maps from OSM data and other sources. Feature set (from the wiki):

The last has kept me from trying it out; the requirement to set map data and parameters using command-line options, outlined in the wiki GroundTruth manual, is a bit more effort than I’m willing to put in. Igor Brejc, the author of GroundTruth, also thinks that there’s an issue with publicly distributing maps created using Ground Truth. From the wiki:

GroundTruth uses 3rd party cgpsmapper software to generate the actual .IMG files for Garmin units. Unfortunately the license for the free version of cgpsmapper states that the produced maps cannot be distributed for commercial purposes. This is in conflict with the OSM license. The bottom line is: you cannot distribute Garmin maps made with the free / shareware or personal version of cgpsmapper if they contain OSM data. You can, however, distribute contour maps, since the original SRTM3 data is in public domain.

I’m not sure this is the case; while you may not be able to sell the maps created, the cgpsmapper license allows you to distribute them without restriction if you don’t charge for the maps. So if you weren’t going to sell them in first place, there may not be a conflict. But I’m no lawyer. I would think that GroundTruth might be able to get around this restriction by using an alternate, fully-free map compiler like MapTk or mkgmap.

Here’s a screen capture of a GroundTruth map from Igor’s website: 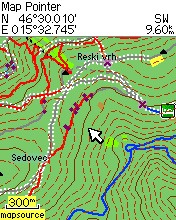 OSM Map Composer: OSM Map Composer is an alternate program for generating full Garmin vector maps from OSM data (and other sources). The full feature list is long, and can be seen in English for an older version (0.60) at this website. It seems to have much of the functionality of GroundTruth, but also has a graphical interface as well: 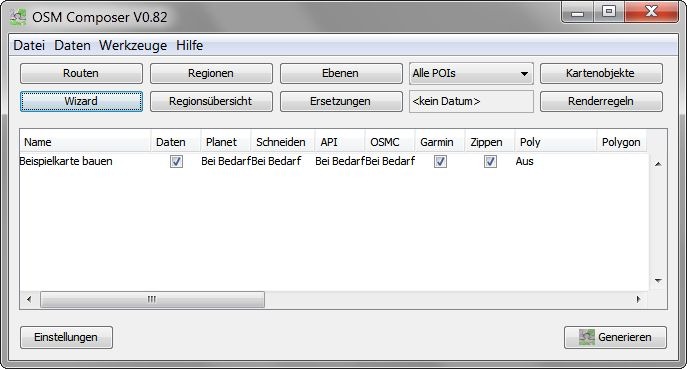 And since it uses the mkgmap compiler, there should be no possibility of license conflicts that would restrict distribution. The biggest problem for some might be the German interface. In my case, my German is pretty weak, and a need to create an OSM-based map hasn’t come up for me yet, at least not strong enough to make me work my way through translating the interface. There used to be an English-based interface, but the author indicates that he dropped that effort based on lack of interest. There is still an English manual for the older version available at this link, which might help you get started. And the sample maps shown at the wiki look pretty nice: