Plex.Mark is a small helper app for Google Earth that, to a limited degree, can show you the position in the center of the Google Earth in many other coordinate systems. After installing and running the program, Google Earth will open up, and the Plex.Mark dashboard will overlay the display, always on top:

Clicking the “Zone” dropdown brings up a list of regions and countries to choose from: 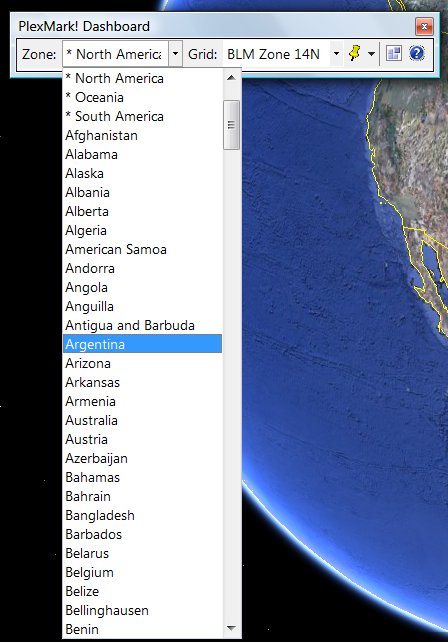 Most, but not all, of these selections have grid systems and datums associated with them that you can select from: 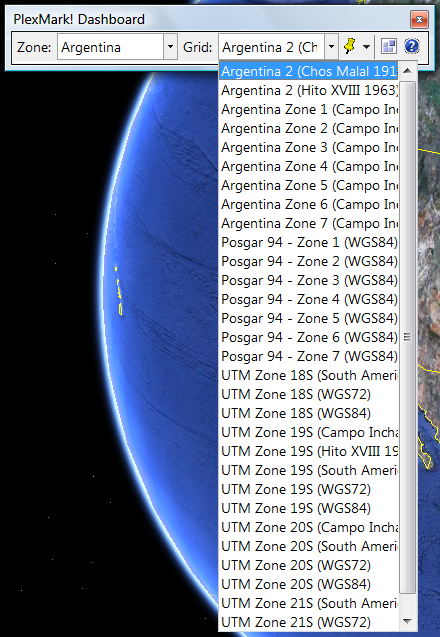 It’s not just countries; you can select US State Plane Coordinate Systems (SPCS) as well: 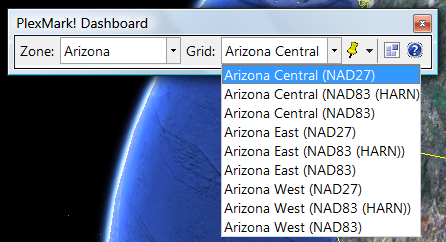 Set your units by clicking on the square icon to the left of the help question mark, and choosing the “General Settings” tab: 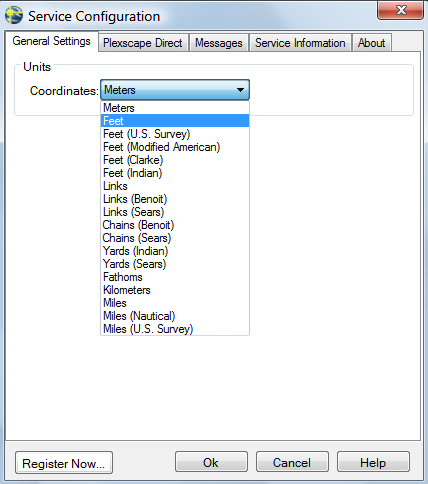 Clicking on the dashboard dropdown furthest to the right gives you two options: 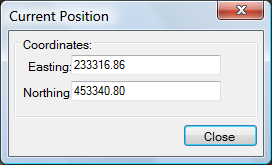 A potentially useful app, but there are some minor issues withit:

5 Responses to “Google Earth Coordinates In Multiple Projections With Plex.Mark”