There are a number of topographic map overlays for Google Earth; search this blog for examples. Here’s a screen shot using a topo map overlay:

The biggest drawback is that the topo map image completely covers up the underlying aerial photography; even if I make the topo overlay partially transparent, the aerial view would still be partially obscured. But if I have a topo map for this same area … 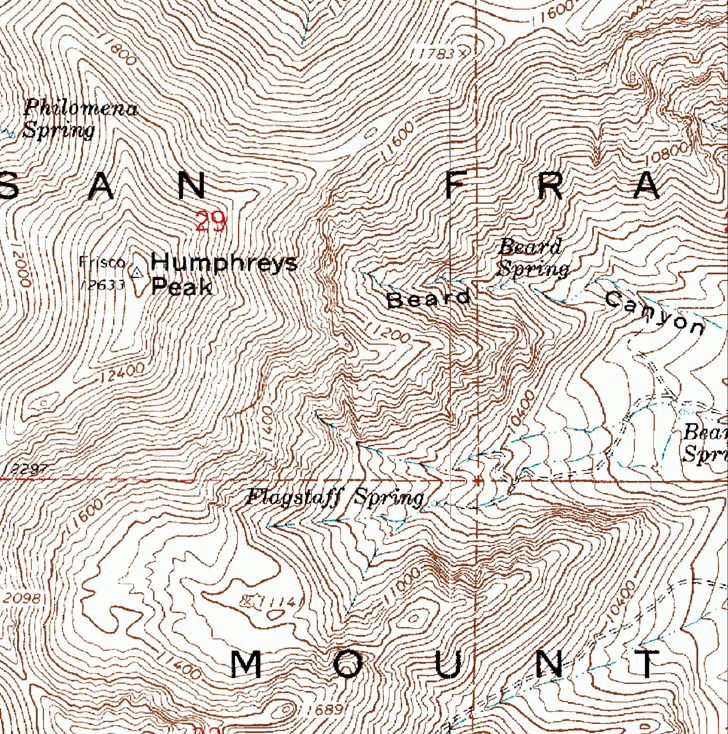 … I can run it through IrfanView (described in this post), and save it as a GIF with white as the transparent color. Load it into Google Earth as an image overlay, position it properly, and instead of the first image above I get this … 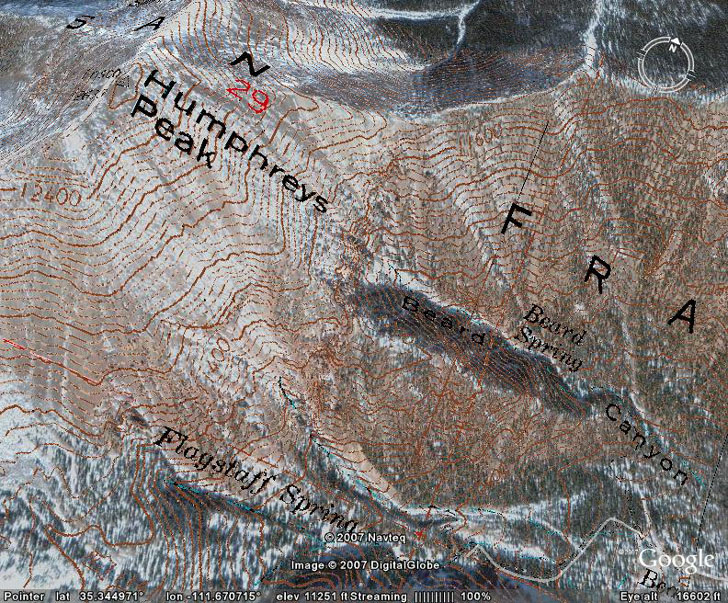 … with the topo map features visible, but the aerial photography unobscured by the blank areas of the map. Save it as a KMZ file if you want to use it again. Image overlays of this sort can use lots of memory and system resources; Google recommends no larger than 2000 x 2000 pixels. So the area you can cover with this kind of map is far more limited than it is for the original topographic overlay file, which uses tiling to get around those limitations.

Another use for transparency is to add your own descriptive raster graphic images to a Google Earth view, to highlight or label important features. For an example of this, I’ll zoom into an area in Google Earth, click on the “North” arrow on the compass rose in the upper right to get North oriented straight up, then save the screen view from Google Earth with File => Save => Save Image (Ctrl-Alt-S): 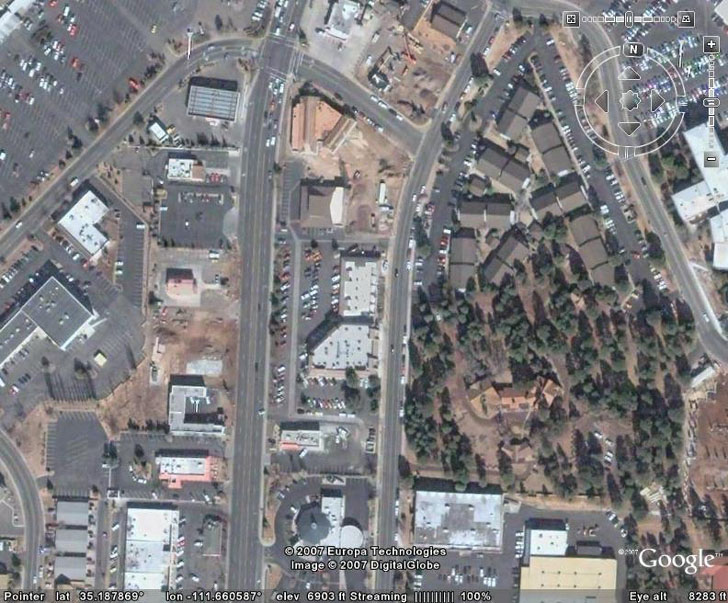 At the same time, I can get the bounds of the image in latitude and longitude by moving the cursor to the upper left and lower right corners of the view in Google Earth, and writing down the coordinates. These will be useful later in positioning an image overlay over this same area.

Next, I open the image in a graphics editor that supports layers, like Photoshop or Paint Shop Pro. If you don’t have a layer-capable graphics editor already, Paint.Net is a free one that’s easy to use; The Gimp is free too, and has far more advanced features than Paint.Net, but also has a steeper learning curve. Add a layer on top of the original image, and create some graphics in the new layer with the program’s graphic functions, perhaps an invaluable notation: 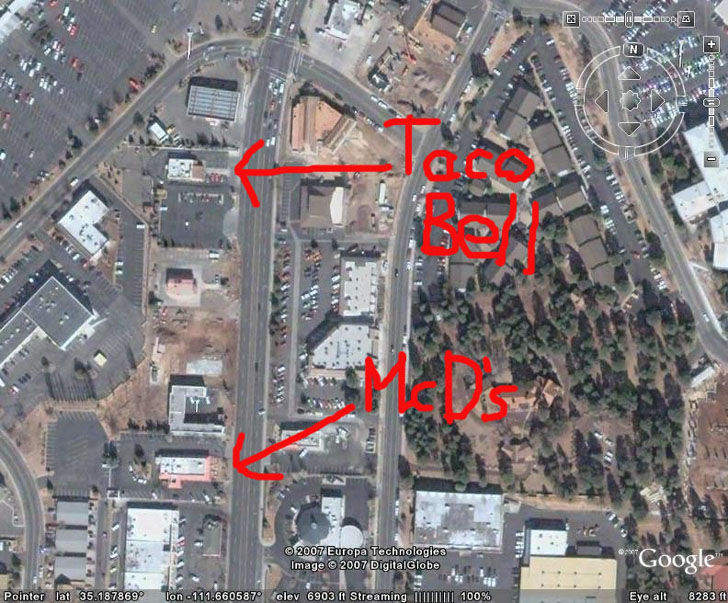 Turn off the base layer, and save only the added graphics layer in a TIFF file:

Run the TIFF file through IrfanView, saving it as a GIF or PNG with white specified as the transparent color (as done in this post). Note: If your graphics editor supports GIF/PNG transparency, then you can bypass the IrfanView steps and create a GIF/PNG with transparency right away.

Load the transparent GIF into Google Earth as an image overlay, and enter the bounding coordinates you wrote down above into the location tab to position the overlay correctly over the original view in Google Earth (similar to what is described in this post):

Take a “Snapshot” of the overlay view to preserve the height and viewing angle, save it as a KMZ, and you can send this valuable information to the rest of the world. Using this approach, you can add any raster graphic image you want into Google Earth as an overlay (presumably better than what I created above) without obscuring most of the the underlying aerial photography.